John Wick may have lost his dog, but there's a slight chance he'll find himself a brand new family — that is, if his real-world alter ego is up for it 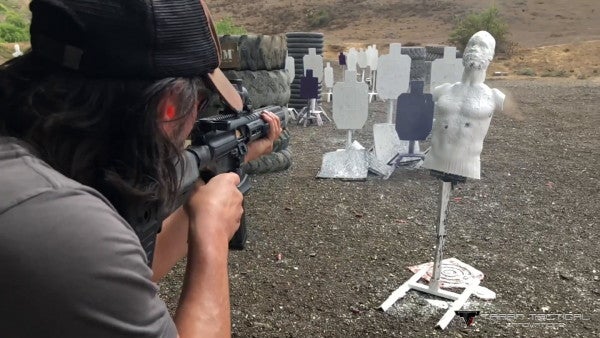 John Wick may have lost his dog, but there's a slight chance he'll find
himself a brand new family — that is, if his real-world alter ego is up for it.

“I sat down with him and we're talking about,” Morgan told ScreenRant in an interview
published Wednesday. “I wanted him to be in the Fast universe for a very long time. We're just trying to find… the hardest thing is always time and competing schedules and then designing the right thing together. My fervent desire is to bring him into this franchise for sure.”

This isn't the first time that Reeves has been approached about joining the Fast & Furious universe. Speaking to The Hollywood Reporter in August, Hobbs & Shaw writer David Leitch confirmed that producers had sparked rumors of a Keanu cameo after they approached the John Wick star about a role in the spin-off.

“It all stemmed from the fact that we had talked to Keanu early on,” Leitch
said at the time. “It was even before where we ended up with this draft. I had been talking to Keanu periodically through the shooting of it all and looking for opportunities of where it could be. I also wanted to make sure that it was enough — a real promise for something legitimate in the future — and wasn't just a stunt casting role.”

Eventually, though, the high-octane
Hobbs & Shaw became to crowded with “all these other personalities, and I just didn't really think that we needed it, although I would've loved it,” as Leitch told The Hollywood Reporter. “We even talked in post, and I showed him a rough cut of the movie. Then, we had conversations about 'is there something here?' We came to the conclusion of 'let's put a pin in it.' I'm all for finding opportunities, but I also didn't want to force anything.”

As ScreenRant points out, Reeves certainly doesn't
need to join the beloved Fast & Furious franchise, even if it would kick outrageous ass. With John Wick: Chapter 4 already in the works and a return as Neo in the upcoming sequel to The Matrix on the horizon, the actor is in higher demand than he's been in years. But with production of
Fast & Furious 9 already under way, perhaps Reeves could find a way to sneak into the film in a short, bullet-riddled cameo.