In Hilarious ‘John Wick’ Spoof, The Dog Is Back And Looking For Vengeance

For those familiar with the John Wick franchise, you know that the dapper hitman, played by Keanu Reeves, goes absolutely... 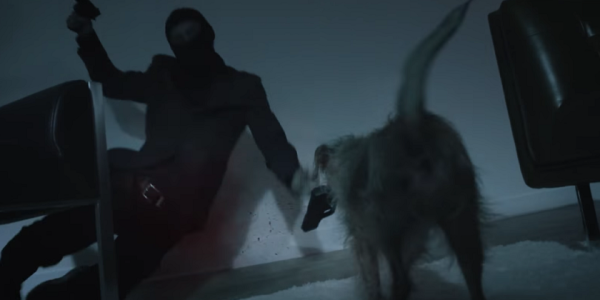 For those familiar with the John Wick franchise, you know that the dapper hitman, played by Keanu Reeves, goes absolutely apeshit in the first movie after his dog Daisy is killed by a group of mobsters.

A recent video project by Rocket Jump decided to flip the script. Rocket Jump is an online entertainment company that dabbles in everything from games, to television, short films and movie trailer spoofs like this one.

In this revision, John Wick is killed and it’s Daisy who goes on a bloody kill-crazy rampage.

There’s ambushes, an exploding dog house, and multiple instances where some unfortunate masked bad guy is capped in the knee. Really, the spoof trailer plays out almost exactly like the original, except that the camera angle is a bit lower, and the close-ups are a lot cuter.

I mean, who doesn’t like dogs brutally killing off scores of bad guys?

The dialogue, which closely mirrors the original movie, makes it even more hilarious, for pretty obvious reasons. Like when the mob boss, whose idiot son set the whole tragedy in motion, explains the problem: “You killed John Wick's dog's human. That human was John Wick.”

Well said. Check out the spoof trailer for “Dog Wick” below and see for yourself.