Adam Driver, the Marine infantry veteran who left the Corps and made a career as a television star on HBO’s... 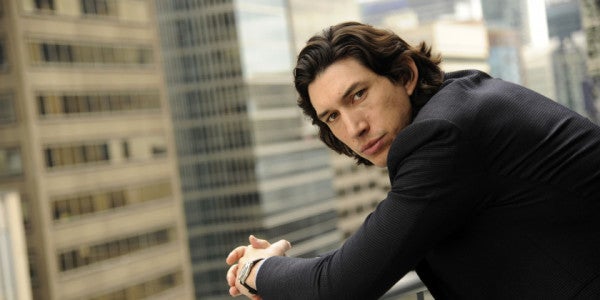 Adam Driver, the Marine infantry veteran who left the Corps and made a career as a television star on HBO’s Girls before landing the role of Kylo Ren in the Star Wars reboot, is launching a playwriting contest for current and former service members.

The contest will offer a $10,000 prize, called the Bridge Award, for the best full-length play written by an active duty service member or veteran. It’s being put on by Arts in the Armed Forces, a nonprofit Driver founded in 2008 to serve as a matchmaker between mil vets and influencers in the arts.

“There’s no reason to think that this community doesn’t have anything to say,” Driver, told The New York Times in November. “Maybe they don’t have access to another way of saying it.”

In addition to the 10-large, the winner will see their play performed by professional actors in New York or at their military base — if they’re still in uniform — and will be honored at an Arts in the Armed Forces show on Broadway in November 2018, according to Stars and Stripes. Submissions for the contest don’t need to have a military theme, but they’re due by March 1.

Driver joined the Marines shortly after 9/11 and served just under three years as a mortarman, before he was medically discharged following a mountain biking accident that broke his sternum. After wartime service was no longer an option for Driver, he went on to study drama at the Juilliard School in New York City.

“Suddenly I was exposed to playwrights and these characters and these plays. And for the first time, I became aware of the value of expressing yourself and putting language to feelings,” Driver told Task & Purpose in April 2016. “It felt like that was missing from my military experience.”

In the years since, he’s maintained strong ties with the military community, both on and off the set.

While the military has a reputation as a community of jocks rather than film and theater buffs, there’s a number of burgeoning writers and artists in uniform; some services, like the Marines — sometimes we write with Crayons instead of just eating them — have tapped into this nascent nerd community for ideas on what future wars might look like.

It's this cohort of creatives that Driver is keen to tap into — and provide an outlet for.

“The military has acronyms for acronyms that can explain everything,” Driver told the Times. “But when it comes to explaining an experience, a post-traumatic experience, there’s not a lot of opportunities.”

For those interested in submitting a screenplay, submissions are open from Dec. 1 to March 1 on the Arts in the Armed Forces website.