While Pearl Harbor Fell Under Attack, This Marine Fought Like Hell At Wake Island 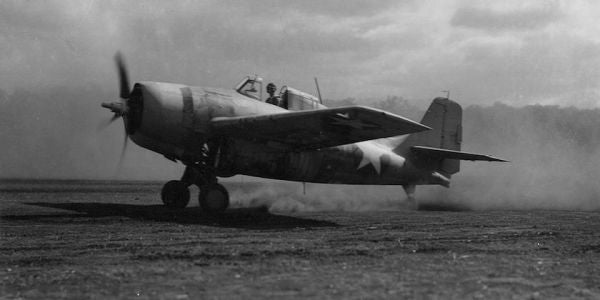 Editor's Note: This article was originally published on Dec. 7, 2016.

When Marine Capt. Henry Elrod arrived at Wake Island on Dec. 4, 1941, he could not possibly have imagined what lay in store for him and his fellow Marines just a few days later.

Elrod initially enlisted in December 1927 before being commissioned as a second lieutenant in February 1931. Elrod then earned his pilot’s wings in 1935.

As war approached, Elrod and the rest of his squadron, VMF-211, were sent to Hawaii in early 1941. Finally, Elrod and 12 other pilots were dispatched to join the 1st Marine Defense Battalion on Wake Island, about 2,500 miles west of Hawaii. The first Japanese attack was only days away.

Wake Island had been determined by both the United States and the Japanese as a strategically important position. Although less than three square miles in total area, it is large enough to support an air strip and is closer to Japan than it was to any American possession at the time. For that reason, Wake Island was part of the coordinated Japanese attacks of Dec. 7 and 8 that included Pearl Harbor and numerous other Allied targets throughout the Pacific.

Wreckage of Wildcat 211-F-11, flown by Capt Elrod on December 11, in the attack that sank the Japanese destroyer Kisaragi.U.S. Navy photo.

The battle for Wake Island began on Dec. 8 when a flight of 22 Japanese bombers attacked the island. (The assault began simultaneously with the attack at Pearl Harbor, but on the other side of the international dateline.) Unfortunately for Elrod and his comrades, one of the Japanese targets was the airfield, where they destroyed eight of the squadrons F4F Wildcat fighters. The other four had been airborne but due to poor visibility had been unable to spot the incoming bombers.

The next day, Elrod was flying one of the four airworthy fighters when Japanese aircraft attacked again. Undeterred by the odds against him, Elrod dove his Wildcat fighter into the oncoming Japanese fighters and bombers. Outnumbered 22 to 1, Elrod expertly weaved through the formation letting the attackers have it. During the fighting he took down two Japanese planes. His feat of bravery in the air earned him the nickname “Hammerin’ Hank.”

On Dec. 11, the Japanese attempted their first landing on the island and Hammerin’ Hank was behind the controls of his Wildcat once again. This time, he set his sights on the Japanese destroyer Kisaragi. Elrod made several strafing runs against the vessel before unleashing his two 100-pound bombs. The bombs found their mark and set off explosions on the Kisagari that sent her to the bottom with all hands.

Over the next 10 days, the small defense force of Wake Island endured nearly daily bombardment from the air. VMF-211 was down to only two operational Wildcats. Then, on Dec. 22, another Japanese air raid put those last two planes out of commission. With no aircraft left to fly, Elrod and the rest of the members of the squadron reported to the commander of the ground defense to serve as infantry.

But Elrod and the others maintained hope. Two days earlier, a PBY Catalina seaplane had arrived from Midway with word that a relief force was steaming for the island to rescue the defenders. Unfortunately, the new commander in the Pacific, Vice Adm. William Pye, got cold feet when he received word about Japanese carriers in the area and recalled the task force.

The defenders were on their own.

The Japanese invasion force returned early in the morning of Dec. 23, this time, determined to capture the island. As the Japanese came ashore the Americans hit them with everything they had. Elrod was in command of one of the flanks and he and his men stubbornly resisted the Japanese onslaught. He personally ensured that his ammunition bearers, who were unarmed civilians, had sufficient covering fire as they ran back and forth over the bullet-swept island to keep the Marine machine guns firing.

When a Japanese rush against his position failed, Elrod captured an enemy automatic weapon, and handing off his own weapons to another defender, laid down suppressing fire himself. While protecting the men delivering ammunition, Hammerin’ Hank was mortally wounded by a Japanese bullet.

Soon after, with no relief in sight, the officer-in-charge, Cdr. Winfield Scott Cunningham, gave the order to surrender the island. This came as quite a shock to the Marine defenders, as they believed they were winning and being instilled with the fighting spirit of the Marine Corps did not think surrender was an option.

Despite their eventual defeat, the deeds of Hammerin’ Hank Elrod and the Wake Island defenders provided a bright spot for the American public in the aftermath of the attack on Pearl Harbor. Elrod’s actions on Wake Island would earn him the Medal of Honor and a posthumous promotion to major.