Pentagon has identified a U.S soldier who died in a noncombat incident in Iraq this week. Spc. Avadon A. Chaves,... 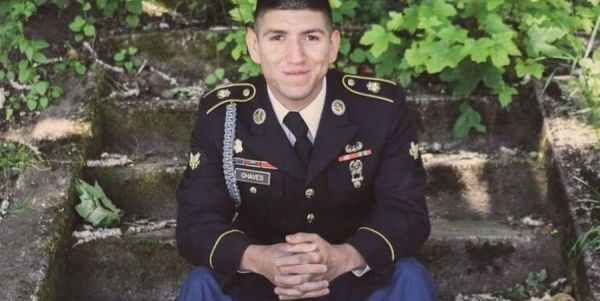 Pentagon has identified a U.S soldier who died in a noncombat incident in Iraq this week.

Spc. Avadon A. Chaves, 20, of Turlock, Calif. died Wednesday at Al Asad Air Base in Iraq’s Anbar province, the military said in a release.

Chaves, who joined the Army in 2015, was assigned to the Fort Bliss, Texas-based 1st Battalion, 6th Infantry Regiment, 2nd Armored Brigade Combat Team, 1st Armored Division and was as supporting Operation Inherent Resolve and Operation Spartan Shield in the fight against Islamic State.

In a statement Saturday, the leadership of Chaves' unit reached out to his family. “On behalf of the entire Iron Brigade, we want to give our most sincere condolences to the family of Specialist Chaves during this difficult time,” said Col. Charles Lombardo, commander of the 2nd Armored Brigade Combat Team, 1st Armored Division currently based in Kuwait.

The latest death brings the number of coalition fatalities in Operation Inherent Resolve this year to 14, 13 of which were Americans.

That tally includes two deaths due to an artillery mishap, which is a combat-related incident but was not due to enemy action.

There have been just five coalition deaths this year in support of Inherent Resolve resulting from hostilities.

The circumstances surrounding Chaves' death are under investigation, the Pentagon said.