The Department of Defense has identified an American service member killed by indirect fire in Afghanistan’s Helmand Province on July... 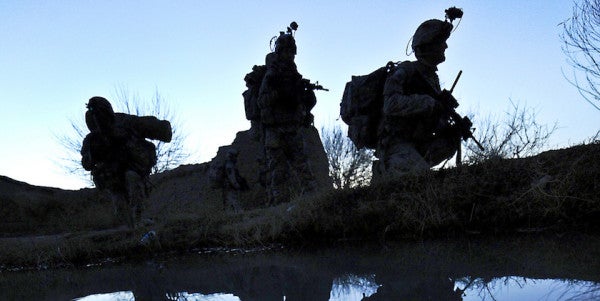 The Department of Defense has identified an American service member killed by indirect fire in Afghanistan’s Helmand Province on July 3 as 19-year-old Army Pfc. Hansen B. Kirkpatrick of Wasilla, Alaska.

Kirkpatrick was assigned to the 1st Battalion, 36th Infantry Regiment, 1st Brigade Combat Team, 1st Armored Division, which deployed out of Fort Bliss, Texas earlier this year as part of Operation Freedom’s Sentinel, the U.S.-led training and advising mission in Afghanistan. The DoD did not immediately provide any further details of the soldier’s death, stating that the “incident is under investigation.”

Kirkpatrick appears to be the first American service member killed in action in Helmand in 2017. Once the country’s deadliest province for U.S. forces, Helmand is now the scene of heavy fighting between Afghan national security forces and a resurgent Taliban, which has captured huge swaths of the region since the NATO combat mission in the country officially ended in late 2014.

About 300 U.S. Marines have been deployed to Helmand as part of Operation Freedom’s Sentinel since April, a relatively tiny number compared to the more than 20,000 who were stationed in the province at the height of the war under President Obama. Last month, an additional 1,500 Army soldiers rotated into Afghanistan to support the advise and assist mission across the country, but were not part of a plan to increase the number of troops in the country.

A longtime critic of the Afghan War, President Donald Trump recently handed over authority to determine troop levels in the country to Secretary of Defense Jim Mattis, who favors increasing the number of boots on the ground by several thousand. The Trump administration has yet to deliver a finalized strategy for turning the 16-year war around, but Mattis has promised one by mid-July.

“We are not winning in Afghanistan right now, and we will correct this as soon as possible,” Mattis told lawmakers on the Senate Armed Services Committee on June 14.

There are currently about 6,700 American service members training and advising Afghan forces — several hundred of them outside Afghanistan — while an additional 2,100 are deployed as part of a counterterrorism mission focused on uprooting a local ISIS affiliate in the eastern part of the country.

Kirkpatrick’s death brings the total number of U.S. casualties in Afghanistan for this year to seven. The other six were killed while involved in the fight against ISIS. According to the DoD, 40 Americans — including two DoD civilians — have been died in Afghanistan since Operation Freedom’s Sentinel began in January 2015. 27 of them were killed in action.