The DoD Is Sending More Troops To Afghanistan Than Previously Announced

Since President Donald Trump first announced his new strategy for the war in Afghanistan in August with a vow to... 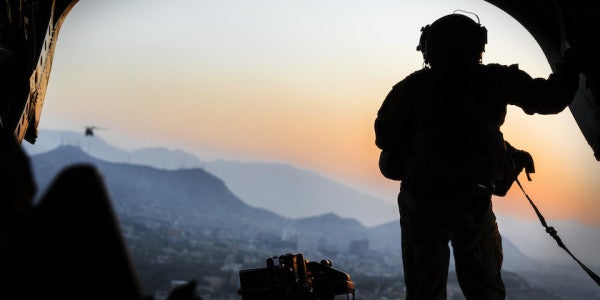 Since President Donald Trump first announced his new strategy for the war in Afghanistan in August with a vow to focus on “killing terrorists” rather than “nation building,” it has remained unclear exactly how many U.S. forces will be involved in that effort. Now a clearer picture is beginning to emerge: the Associated Press reports that the number of U.S. military personnel could reach nearly 16,000 in 2018, more than what the Department of Defense had previously projected and almost double what the official number was at the beginning of this year.

The last time that this many U.S. troops were known to be in Afghanistan was December 2014, the month President Barack Obama declared the combat mission officially over. By March 2015, the number had dropped from around 16,100 in December to about 9,800 and continued to dwindle, according to Military Times. There were roughly 8,400 U.S. forces officially in Afghanistan when Trump took office in January, although the real number was probably higher than that as the bureaucratic intricacies of Pentagon force management levels tend to keep certain troop deployments off the public’s radar.

The DoD said in August that about 11,000 American troops were in Afghanistan, with approximately 3,800 more expected to deploy in the fall. U.S. officials told the Associated Press that all of those extra troops have arrived in country, and that there are currently “at least” 15,000 U.S. currently deployed there as part of Operation Resolute Support.

The new troops numbers aren’t the only indicator of the DoD’s expanding campaign in Afghanistan. In the eastern part of the country , an unspecified number of U.S. Special Operations troops excluded from the Pentagon’s official force count are waging a separate war against an offshoot of ISIS. Recent reports of American casualties in Nangarhar province, where the terror group has established a foothold, suggest that the Pentagon is following through with its plan to embed U.S. troops closer to the front lines.

As recently as late October, the DoD suggested that U.S. troop levels in Afghanistan would be capped at about 15,000. But it’s worth remembering that Trump gave Secretary of Defense James Mattis authority to adjust troop levels according to what he deems necessary to quell a revitalized insurgency and strengthen Afghan forces enough to handle their country’s security on their own. And that condition-based approach could, of course, take a very long time.

Hundreds of soldiers with the U.S. Army’s first security force assistance brigade, or SFAB, currently in training at Fort Benning, Georgia, are expected to deploy to Afghanistan in early 2018 as part of that ANDSF training mission. The Army intends to stand up a total of six SFAB brigades by 2022 with the primary mission is to train and advise foreign troops. In Afghanistan, the focus will be bolstering government forces, which have sustained heavy losses and ceded huge swaths of territory to the Taliban since the U.S. combat mission ended in 2014.

U.S. forces in Afghanistan are reinforced by about 6,000 soldiers from other NATO and partner nations, and NATO defense ministers are meeting in Brussels this week to negotiate additional troop contributions. Mattis told reporters in Finland on Nov. 9 that he had sent letters “to some allies, asking them to increase their troop commitment in Afghanistan,” the Associated Press  reports. Mattis said that a few have already agreed to contribute more, while others are still deliberating.

“My plan is to have U.S. forces focused on the things that only U.S. forces can do, so I would not like to have to divert U.S. forces to do things that allies could perform,” Gen. John Nicholson, the top U.S. commander for Afghanistan, told reporters on Nov. 9, according to Associated Press. “We have made it very clear to the allies that we really need their help in filling these billets that we’ve identified.”