Mattis To Order Nearly 4,000 US Troops To Afghanistan ‘As Early As Next Week’

The Department of Defense is expected to send an additional 4,000 troops to Afghanistan “as early as next week,” a... 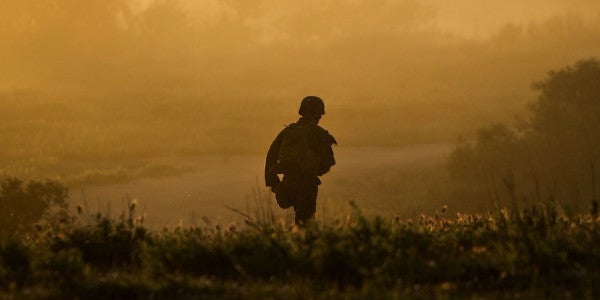 The Department of Defense is expected to send an additional 4,000 troops to Afghanistan “as early as next week,” a U.S. official told the Associated Press on June 15, just one day after President Donald Trump handed the authority to determine troop levels in the war-torn country over to Secretary of Defense James Mattis.

The new deployment would bring the number of American troops in the country to over 14,000. It also the largest deployment of American military might by President Trump since he took office in January.

According to the Associated Press, most of the new U.S. forces deployed across the country will focus on the usual “advise and assist” functions that have become a staple of current training missions in Iraq and Syria, while a small portion will execute “counter-terror operations against the Taliban and [ISIS].”

Public affairs officers at the Department of Defense did not immediately respond to requests from Task & Purpose for comment.

In a statement published June 16, the Pentagon pushed back on the AP report and asserted that Mattis “has made no decision on a troop increase in Afghanistan.”

JUST IN: Pentagon says media reports are wrong, Mattis has made no decision on Afghan troop levels yet, per @ChiefPentSpox Dana W. White pic.twitter.com/bBTCzJnxcB

The news comes at an inflection point for both the 16-year-old war and the Pentagon's evolving role in bringing it to a close. One June 14, just hours before Trump's announcement regarding authority over troops levels, Mattis had presented an alarming assessment of the Afghan campaign to the Senate Armed Services Committee: “We are not winning in Afghanistan right now, and we will correct this as soon as possible.”

Though Mattis pledged to present a finalized strategy for future U.S. military involvement in Afghanistan to Congress by mid-July, the DoD is clearly not waiting for lawmakers to debate the fine points of the campaign against ISIS and resurgent Taliban that have spread across the country since NATO combat missions officially ended in December 2014.

DoD has been pushing for a stark increase in Afghanistan troop levels since Trump assumed his responsibilities as commander-in-chief. In February, U.S. Army Gen. John W. Nicholson declared that the battle against the Taliban and other jihadi groups in Afghanistan had reached “stalemate” in his own sobering SASC testimony, telling Congress he likely needed “a few thousand” additional troops to shore up Afghan security forces.

In April, Mattis made an unannounced visit to Kabul to meet with top Afghan lawmakers and assess the scope of the Pentagon's future role there. The week before, National Security Adviser Lt. Gen. H.R. McMaster had surprised both Afghan and American officials in Kabul by showing up without warning.

“We’re not looking at a purely military strategy,” Mattis told a House panel this week. “All wars come to an end. Our job is to end it as quickly as possible without losing the very mission that we’ve recognized, through several administrations, that was worth putting those young Americans on the line for.”