More U.S. boots on the ground in Afghanistan are unlikely to improve the security situation in a fragile country, the... 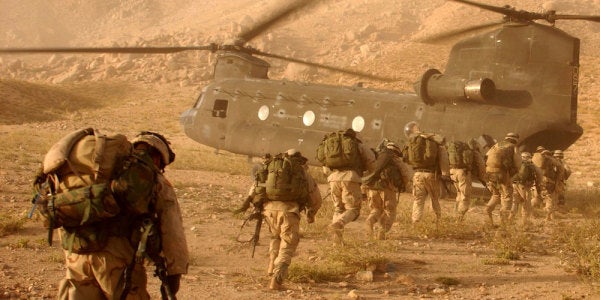 More U.S. boots on the ground in Afghanistan are unlikely to improve the security situation in a fragile country, the federal government’s top intelligence official told Congress on Thursday, casting a shadow over tentative plans to deploy thousands more American troops to eradicate jihadi terror organizations and finally bring the 16-year-old conflict to a close.

Testifying before the Senate Intelligence Committee on May 11, Director of National Intelligence Dan Coats told lawmakers that the U.S. intelligence community believes “the political and security situation in Afghanistan will almost certainly deteriorate through 2018, even with a modest increase in military assistance by the United States and its partners,” Reuters reports.

That the DNI sees a tough road ahead in Afghanistan is unsurprising: In an unannounced visit to Kabul in April to meet with U.S. military personnel and Afghan officials, Secretary of Defense James Mattis conceded that 2017 would be “another tough year” for the multinational coalition beating back the rising tide of the Taliban and ISIS.

In Coats’s assessment, the Kabul government’s weakness; the home army’s continuing poor performance, the Taliban’s resurgence, and ISIS’s rise all portend a few more bad years for Afghans — and U.S. forces downrange. From his opening statement (emphasis ours):

The overall situation in Afghanistan will very likely continue to deteriorate, even if international support is sustained. Endemic state weaknesses, the government's political fragility, deficiencies of the Afghan National Security Forces (ANSF), Taliban persistence, and regional interference will remain key impediments to improvement. Kabul's political dysfunction and ineffectiveness will almost certainly be the greatest vulnerability to stability in 2017.

ANSF performance will probably worsen due to a combination of Taliban operations, ANSF combat casualties, desertions, poor logistics support, and weak leadership. The ANSF will almost certainly remain heavily dependent on foreign military and financial support to sustain themselves and preclude their collapse.

Although the Taliban was unsuccessful in seizing a provincial capital in 2016, it effectively navigated its second leadership transition in two years following the death of its former chief, Mansur, and is likely to make gains in 2017. The fighting will also continue to threaten US personnel, allies, and partners, particularly in Kabul and urban population centers.

ISIS's Khorasan branch (ISIS-K) — which constitutes ISIS's most significant presence in South Asia—will probably remain a low-level developing threat to Afghan stability as well as to US and Western interests in the region in 2017.

To be fair, the American intelligence community has been dramatically wrong before, but Coat’s testimony makes the Pentagon’s plans to expand U.S. military operations in Afghanistan by between 3,000 and 5,000 troops look unlikely to significantly change the course of the 16-year war effort.

In Coats' view, a mini-troop surge is only a stopgap before U.S. and Afghan government officials find another resolution to the conflict. In his Thursday testimony, Coats told lawmakers that Afghanistan will continue to depend on foreign militaries for political and security support “until it contains the insurgency or reaches a peace agreement with the Taliban.” Even Mattis admitted during his Kabul visit in April that he, too, was open to the possibility of a political resolution.