Get Ready For A Mini-Troop Surge In Afghanistan

The Pentagon had previously announced plans to expand U.S. military operations in Afghanistan by at least several thousand additional troops,... 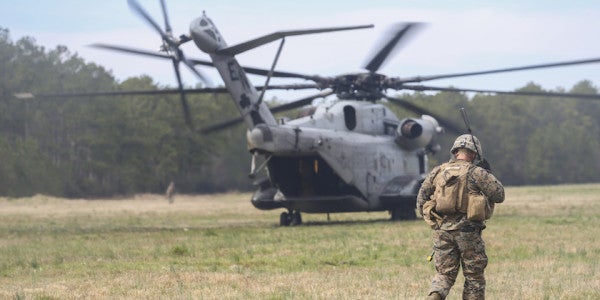 The Pentagon had previously announced plans to expand U.S. military operations in Afghanistan by at least several thousand additional troops, but future deployments to the country will apparently depend on the number of additional forces NATO is willing to commit to the 16-year effort to defeat the Taliban, Stars and Stripes reports.

The Washington Post reported on May 9 that the Trump administration was poised to sign off on a plan that would send at least three thousand more U.S. troops to Afghanistan. Their mission, officials said, would be to halt Taliban progress and pressure the group to come to the negotiating table.

If that mission seems familiar, it should: That was also the goal in 2010, when the Obama administration surged troop levels in the country to 100,000.

However, a defense official told Stars and Stripes that how many additional U.S. forces will be deployed to Afghanistan has not been decided yet, and that the number will be set only after it’s clear how many troops NATO partners are willing to commit.

President Trump is scheduled to meet with those partners in Brussels later his month.

There are currently 8,400 American service members deployed to Afghanistan. NATO partners contribute 4,900 more. The bulk of the forces are focused on training and advising Afghan troops, while Special Operations troops are also waging a more direct campaign against the Islamic State’s local affiliate, known as ISIS-K. On April 27, the group’s leader, Abdul Hasib, was killed during a raid in Nangarhar Province that also resulted in the deaths of two Army Rangers.

Since the NATO combat mission in Afghanistan officially ended in late 2014, the Taliban has made significant battlefield gains, seizing key districts once under coalition control and inflicting massive casualties on Afghan government forces. Last month, at least 140 soldiers were killed by Taliban militants on a military base in northern Afghanistan, in what was the single deadliest attack by the insurgent group since 2001.

Gen. John Nicholson, the top U.S. commander in Afghanistan, has been pushing for increased troop levels since February, when he told the Senate Armed Services Committee that “a few thousand” more would make it possible to carry out airstrikes against Taliban targets and for coalition forces to advise Afghan troops closer to the front lines.

It’s unclear whether or not America’s NATO partners are willing to expand their involvement in the fight, but the BBC reports that NATO Secretary General Jens Stoltenberg has asked Britain to consider sending more troops to Afghanistan.