Abdul Hasib, the leader of ISIS forces in Afghanistan, was killed in a raid conducted by U.S. Special Forces and... 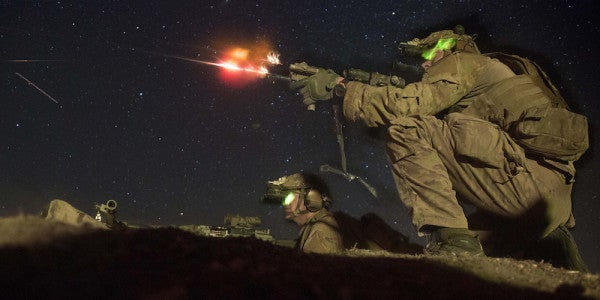 Abdul Hasib, the leader of ISIS forces in Afghanistan, was killed in a raid conducted by U.S. Special Forces and Afghan security forces in the eastern province of Nangarhar on April 27, the Pentagon confirmed on Sunday.

Hasib, who rose to the top post within the Afghan offshoot of the terror organization last year, was believed to have been behind a high-profile terror attack on March 8 in which ISIS, disguised as doctors, slaughtered dozens in a Kabul military hospital.

Hasib had also “ordered fighters to behead local elders in front of their families and kidnap women and girls to force them to marry ISIS fighters,” Reuters reports.

“This is the second ISIS-K emir we have killed in nine months, along with dozens of their leaders and hundreds of their fighters,” Army Gen. John Nicholson, commander of U.S. Forces, Afghanistan, said in a statement on Sunday. “For more than two years, ISIS-K has waged a barbaric campaign of death, torture and violence against the Afghan people, especially those in southern Nangarhar.”

The operation in which Hasib was killed was the same that left two Army Rangers dead. The two Rangers were identified on April 28 as Sgt. Joshua P. Rodgers, 22, and Sgt. Cameron H. Thomas, 23, both assigned to the 3rd Battalion, 75th Ranger Regiment out of Fort Benning, Georgia.

With Hasib dead, the multinational coalition isn’t letting up on ISIS. CBS News reports that Afghan aircraft spent Monday pounding targets in the Nangarhar province, killing 34 fighters in just over 24 hours and disabling crucial communications infrastructure for the terror group.

“This successful joint operation is another important step in our relentless campaign to defeat [ISIS],” said Nicholson Sunday.