On Friday, the Department of Defense released footage of the U.S. Air Force dropping the MOAB, the second-largest non-nuclear bomb... 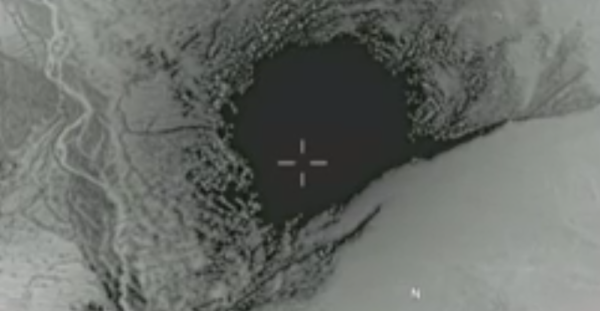 On Friday, the Department of Defense released footage of the U.S. Air Force dropping the MOAB, the second-largest non-nuclear bomb in the Pentagon’s arsenal, on ISIS targets in Achin district of Afghanistan’s Nangarhar Province.

The deployment of the 21,600 pound GBU-43 Massive Ordnance Air Blast Bomb — also known as the “mother of all bombs” — was reportedly intended to minimize the risk to Afghan and U.S. clearing forces in the area and destroy an ISIS-K tunnel network, according to a CENTCOM statement

“This weapon was used against ISIS-K and their sanctuary inside Afghanistan,” NATO Commander Gen. John Nicholson told reporters.

Afghanistan's Defense Ministry reported that 36 insurgents were killed in the strike. No civilians were harmed by the bomb. The strike was part of a joint operation between Afghan and international troops, according to Afghan President Ashraf Ghani.

Though some have suggested that the the deployment of the MOAB constitutes an excessive use of force, President Donald Trump hailed the bombing was “another successful job” by the U.S. military.