Just days before U.S.-backed forces launched an offensive to expel ISIS militants from Deir ez-Zor, the largest city in eastern... 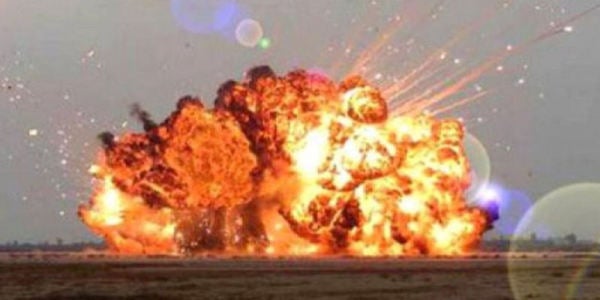 The rumor, which first surfaced on social media and was reported by The War Zone on Sept. 7, claimed that Russia “has bombed positions in Deir Ezzor ” with the so-called Aviation Thermobaric Bomb of Increased Power (ATBIP), the thermobaric weapon developed in 2007 that, at 14,000 pounds and with a yield comparable to 44 tons of TNT, is more powerful than the GBU-43/B “Mother of All Bombs” that the U.S. Air Force deployed against ISIS forces in Afghanistan back in April. If these claims are true, the alleged sortie represents the first time the FOAB has been deployed since the weapon came into existence.

There’s also the possibility that the news of the FOAB is designed to serve the same alternative function as the April MOAB: to not just hit ISIS with the “shock and awe” of a fabled munition in a “psychological operations effort,” but to reinvigorate perceptions of its military strength to observers and critics both at home and abroad, an extremely loud and extremely expensive piece of domestic propaganda. Indeed, the primary coverage of the alleged FOAB deployment in Syria among multiplestate-runmedia outlets was that that Western governments and journalists are “scared” of the reports bubbling up from Deir ez-Zor on social media.