“In a car with a stranger. I hope I’m not being abducted" was her last text. 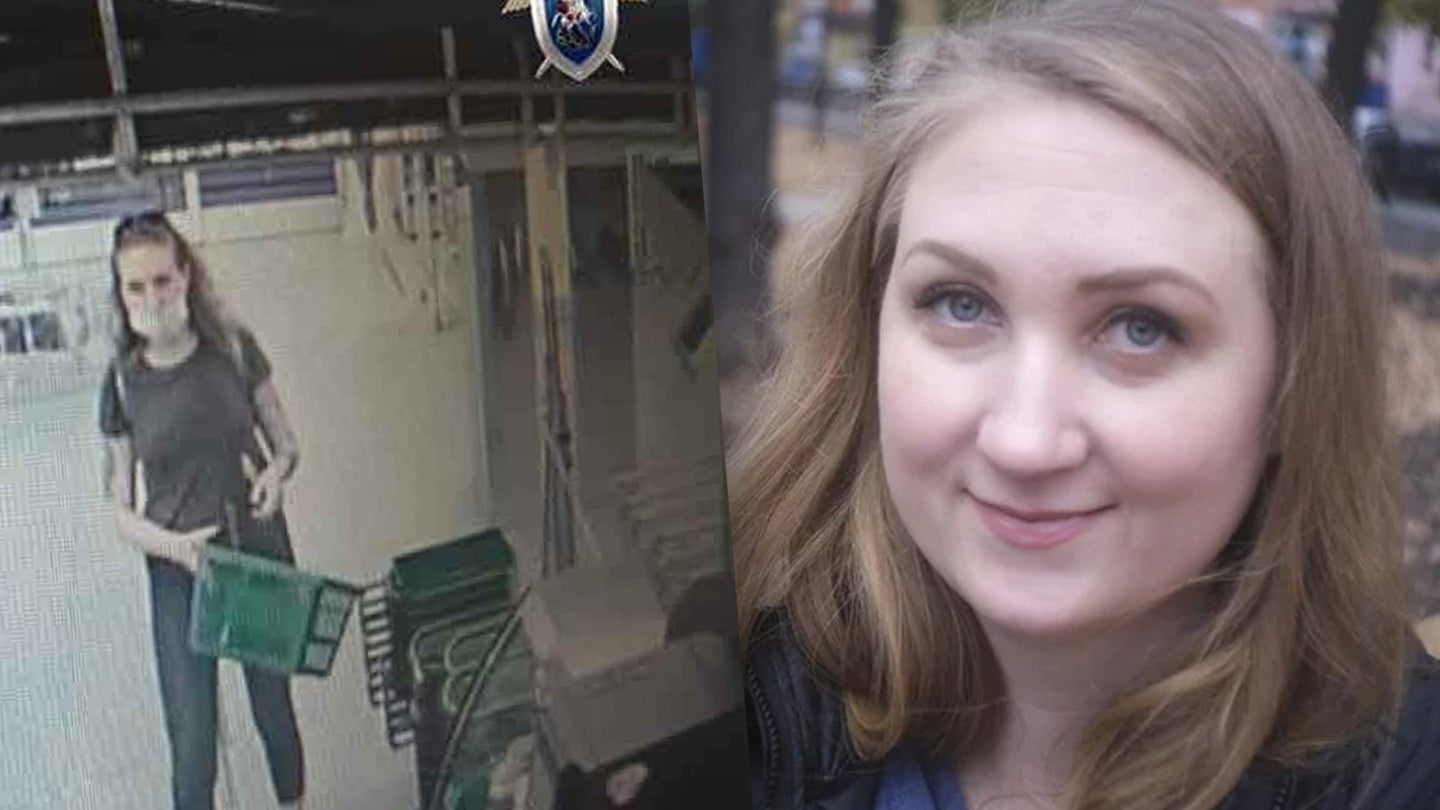 Catherine Serou pictured in a courtesy photo from her family (right, via NPR) and seen alive for the last time in security footage in Russia (left).
SHARE

A man has been arrested and charged with the murder of Catherine Serou, a 34-year-old Marine Corps veteran, who was studying at a college east of Moscow.

The suspect, identified only as “P” in a statement from the Gorodetsky City Court, according to CNN, allegedly picked up Serou on June 15 and killed her about an hour later. The court alleged that “P” had spotted the American at a bus stop and offered her a ride that evening before driving her to a wooded area where Serou was punched and stabbed at least twice. The Daily Beast reported the suspect’s name as Aleksey Popov.

Russian investigators said in a statement over the weekend that Serou had disappeared after leaving her home and getting into an unidentified vehicle in the suburb of Bor in the Nizhny Novgorod region, about 250 miles east of Moscow. Her body was discovered on June 19 after a “large-scale search operation” was conducted, according to the statement, which said the suspect was cooperating and had “been repeatedly convicted of grave and especially grave crimes.”

“We offer our sincerest condolences to the family on their loss,” a U.S. State Department spokesperson told Task & Purpose. “We are closely monitoring local authorities’ investigation into the cause of death. We are providing all appropriate assistance to the family.”

Serou, who was pursuing a master’s degree in law from Lobachevsky University, according to her mother Beccy, was last heard from in a text message sent on the day of her disappearance: “In a car with a stranger. I hope I’m not being abducted.”

From her mother’s account, Serou had visited a beauty salon earlier that day, but later the salon called to complain that the payment did not go through. To get to the salon before it closed, she stopped a random car.

“I think that when she saw that the person wasn’t driving to the clinic, but instead was driving into a forest, she panicked,” Beccy told NPR. “Her telephone last pinged off a cell tower in that forest.”

Serou was trained as a logistics/embark specialist after joining the Marine Corps in August 2006, according to military records. According to her LinkedIn profile, Serou served in North Carolina with two aviation squadrons and later with the 2nd Radio Battalion where she coordinated facilities maintenance and logistics for deploying units. After being promoted to the rank of corporal in August 2008, Serou deployed to Afghanistan from Nov. 2008 to April 2009.

Serou was discharged from the Corps in June 2011. According to her LinkedIn profile, she attended the University of California, Davis from Sept. 2017 to July 2019, where as a graduate researcher she worked to “develop a new, sensor-based approach to exterior lighting for security applications for the Office of Naval Research,” Serou said. “This project has the potential to enhance the effectiveness of security personnel while dramatically reducing energy use.”