A U.S. service member was killed in Afghanistan on Monday, defense officials have announced. 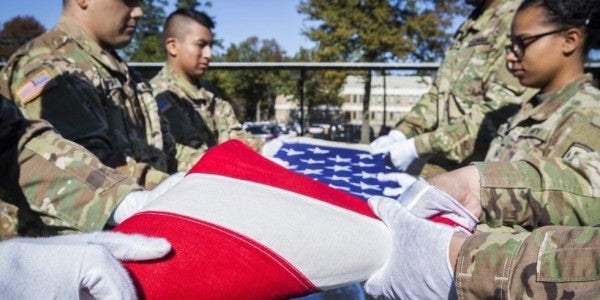 A U.S. service member was killed in Afghanistan on Monday, defense officials have announced.

A total of 20 U.S. troops have been killed supporting operations in Afghanistan so far in 2019.

Seventeen of those troops were killed in combat. The other three died in non-combat incidents.

At least two U.S. military veterans who were working as defense contractors have also died in Afghanistan.