The death of a Vietnam veteran at a VA clinic was ruled a homicide, and more deaths at the same facility are now under investigation

A string of suspicious deaths at a Veterans Affairs medical center in West Virginia are under investigation after one of the deaths was ruled a homicide. 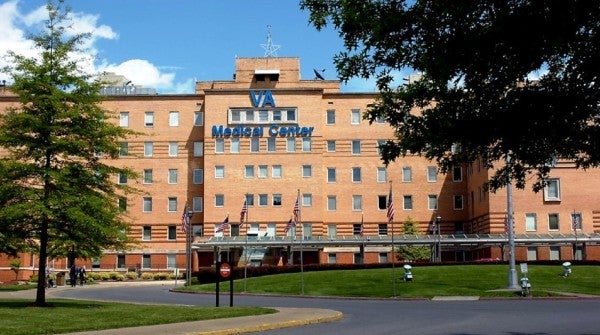 A string of suspicious deaths at a Veterans Affairs medical center in West Virginia are under investigation after one Vietnam veteran's death was ruled a homicide following an injection of a fatal dose of insulin.

A federal medical examiner determined that Felix Kirk McDermott's sudden death on April 9, 2018 at the Louis A. Johnson VA Medical Center in Clarksburg, West Virginia, was caused by an injection of insulin into his abdomen, which can be deadly for someone who isn't diabetic.

In October, the body of the 82-year-old Vietnam veteran, who retired as a sergeant after 20 years of service spanning the Army and Pennsylvania National Guard, was exhumed and brought to Dover Air Force Base in Delaware for an autopsy as part of an investigation into a number of suspicious deaths at the Clarksburg clinic.

“As a result of the investigation, the Armed Forces Medical Examiner ruled that the manner of Felix Kirk McDermott's death is homicide,” according to a wrongful death claim filed with the VA on Aug. 21 by Tony O'Dell, the attorney representing McDermott's family.

McDermott was admitted to the Clarksburg VA on April 6, 2018 for pneumonia. McDermott, who suffered from dementia and physical disabilities following a stroke, began to see an improvement in his health, before he suddenly died three days after he was admitted to the hospital.

“In the early morning hours of April 9, 2018, while still a patient at the Louis A. Johnson VA Medical Center, Ret. Army Sgt. McDermott unexpectedly developed shortness of breath,” and a “finger stick blood glucose test” revealed that “he had a critically and profoundly low blood sugar level,” according to a copy of the claim O'Dell provided to Task & Purpose.

His condition continued to worsen, and McDermott died from severe hypoglycemia that morning.

The family is seeking $6 million in damages from the VA — $5 million for wrongful death, and $1 million for personal injury. If McDermott's family and the government can't reach an agreement within six months of filing the claim, the family will be able to bring their case forward in federal court.

Before McDermott's death on April 9, 2018, nine or ten patients of the Louis A. Johnson VA Medical Center in Clarksburg, West Virginia, had died unexpectedly “as a result of unexplained severe hypoglycemia,” also known as low blood sugar, according to the claim.

“The employees of the VAMC were aware of each of the unexpected and suspicious deaths,” it continues. “Each of these nine or ten patients had received a large and wrongful injection of insulin in the abdomen that was neither ordered by a doctor or medically necessary.”

While a person of interest has been identified, no charges have been brought in connection with the deaths.

Michael Nacincik, a spokesperson with the VA OIG told Task & Purpose that the department could not comment on the number of deaths under investigation, or when they occurred, but an Aug. 27 statement from the office noted that the inspector general's office “has been working with our federal law enforcement partners to investigate the allegations of potential wrongdoing resulting in patient deaths at the Louis A. Johnson VA Medical Center in Clarksburg, West Virginia.”

O'Dell said that the deaths were a result of a “total system failure” at the West Virginia VA clinic.

“There's something called a sentinel event: When there's a sudden unexplained death, under suspicious circumstances or not, it's supposed to be reported,” O'Dell explained, adding that a detailed investigation — “a root cause analysis” — is meant to occur after such incidents.

And then there's the question of why it took so long for the information to come to light.

“Why did the VA keep this story under wraps and buried for so long?” O'Dell asked.

According to a statement from Wesley R. Walls, a spokesman for the Louis A Johnson VA Medical Center, the inspector general's office has “known about this issue since June 27, 2018,” when the medical center first reported it to the VA OIG. Additionally, the department informed the offices of Sens. Manchin, Shelley Capito (R-W. Va.), and Rep. David Mckinley (R-W. Va.) of the allegations as far back as Aug. 7, 2018.

In the Aug. 26 statement, Manchin wrote that he spoke with VA officials and was assured that “the person of interest is no longer in any contact with veterans at the VA facility.”

“These crimes shock the conscience and I'm still appalled they were not only committed but that our Veterans, who have sacrificed so much for our country, were the victims,” Manchin added.

The VA clinic confirmed that the investigation does not involve any current employees.

“Allegations of potential misconduct you may have heard about in media reports do not involve any current Louis A. Johnson VA Medical Center employees,” Walls told Task & Purpose on Wednesday.

“Immediately upon discovering these serious allegations, Louis A. Johnson VA Medical Center leadership brought them to the attention of VA's inspector general while putting safeguards in place to ensure the safety of each and every one of our patients.”

Update Aug. 29, 2019: This story was updated to include a statement from Michael Nacincik, a spokesman with the VA Office of Inspector General, and additional details from the Louis A Johnson VA Medical Center.