The latest deaths renew questions about whether the VA, criticized and investigated for failing to provide timely or sufficient help to veterans, is doing enough to solve the problem. 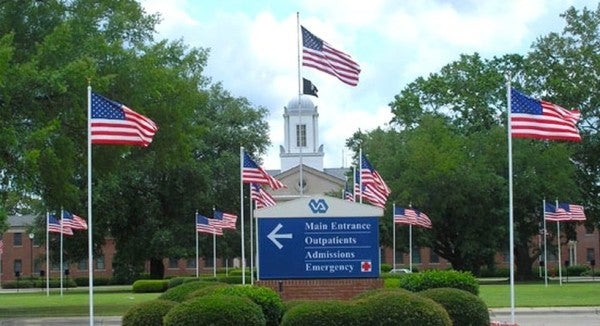 Olen Hancock, whose life had faded in many ways, shot himself outside the entrance of a Veterans Affairs hospital in Decatur earlier this month. He was 68.

A day earlier, Steven Pressley, after years of chronic pain, shot himself in the parking lot of a VA hospital in Dublin. He was 28.

At least 22 military veterans committed suicide at VA centers in the U.S. in the last 18 months, including a Texas man who shot himself this month in the waiting room of a VA clinic.

Veteran suicide is an acute crisis wrapped in a national crisis. Between 2005 and 2016, suicide rates in the general population climbed 21%. For veterans, already taking their lives at twice the U.S. rate, it climbed 26%. More than 6,000 veterans are dying by their own hands each year – nearly 20 a day.

The latest deaths renew questions about whether the VA, criticized and investigated for failing to provide timely or sufficient help to veterans, is doing enough to solve the problem. That is despite making suicide prevention a high priority in recent years.

The VA's bureaucracy can be daunting for patients. Wait times for new medical appointments at facilities like Decatur and Dublin can approach a month or longer, though any suicidal veteran who wants help is supposed to be seen the same day. Officials for years have promised solutions to angry veterans' families, the last two presidents and Georgia U.S. Senator Johnny Isakson, chair of the Senate Committee on Veterans' Affairs.

Knowing the reasons behind a suicide is difficult or impossible, even for family members who knew the victim best. Some veterans who killed themselves on VA premises left evidence that they were protesting poor service or other perceived VA shortcomings. Others went in silence. Most die out of the public eye.

The VA said it is investigating the Georgia suicides. It cautions against reading too much into those on VA sites. Suicides take place in public hospitals as well.

Family members say Hancock and Pressley expressed frustration about the VA's care. Some believe the deaths were a statement.

“I know my son well enough to know if he did this in a VA parking lot, he did it for notice,” said Machelle Wilson, Pressley's mother. “Something needs to change.”

A bill introduced in Congress on Thursday by New York U.S. Representative Max Rose, an Army combat veteran, calls for the VA to present detailed, up-to-date reports of on-site suicides to lawmakers.

Suicide is a social health problem that grows out of a host of personal problems, with more than 20 risk factors ranging from poor education to substance abuse. Some soldiers carry more risks than civilians after being in or near combat, such as post-traumatic stress disorder or brain injuries.

Leaving the services piles on more stress. Some struggle with a lost sense of purpose and community after leaving tight-knit units. Experts also cite veterans' gun and military cultures that prize toughness and self-sufficiency, dissuading them from seeking help.

“A vet is not going to end his or her life being angry at VA alone,” said Keita Franklin, the VA's National Director for Suicide Prevention. “There are a lot of risks interplaying. It is difficult and very, very complex. There is never one reason.”

The federal agency says it intervened and stopped 233 VA site threats of suicides between October of 2017 and November of 2018. It is spending $47.5 million on suicide prevention this year alone. New help for veterans ranges from starting local intervention programs with cities to a nationwide program increasing early contact with veterans exhibiting red flags. That cut suicidal behavior by 45% in pilot programs.

It's too early to claim success. The VA says it doesn't have the data yet for 2017 and 2018 because it has to collect and cross-sort multiple, massive national databases.

There are 19.2 million veterans nationwide, a number projected to trend downward. The majority, 73%, are 50 and older.

But among the youngest, aged 18 to 34, there was a disheartening anomaly to the 2016 drop. Their suicide rate rose 10 percent, to 45 suicides per 100,000 people, or roughly three times the national rate.

For Hancock, a long descent

The Atlanta VA Medical Center in Decatur where Hancock shot himself has had problems. The VA in each of the last two years gave the facility a one-star rating, its lowest. Wait times for new appointments average 27 days.

Hancock, once middle class, had taken a slide before he showed up April 6 at the hospital with a gun.

He was a natural salesman with a big personality that filled up a room and caught the heart of Grace Patty nearly 30 years ago. He was an Air Force veteran and helped her, a Navy corpsman, with her luggage transfer in Atlanta. Hancock tracked her down back in Chicago. They married in 1991 and soon moved to Alpharetta to be near their families in the Carolinas, according to Patty.

He started a business — Vet's Deck Masters — cleaning and treating wooden decks and fences. Patty, 11 years younger, studied at Kennesaw State University. In 1997, they got a VA loan and bought a home in a new North Fulton County subdivision.

That same year, according to Patty, Hancock had the first of what became recurring seizures. She said doctors discovered an infection contracted when he served on an airbase for B-52 bombers during the Vietnam era. They eliminated the infection, but the effects on his brain remained.

He began taking medications but “he was a smart guy, and they made him feel dull,” said Patty. “He didn't want anyone to know anything was wrong.”

Patty said Hancock would start speaking to her at times and trail off into gibberish. His memory diminished, along with his ability to make decisions. He got angry quickly. They divorced in 2005.

Public records reflect his downward spiral. He filed for bankruptcy in 2005 and lost the house in 2007. He was evicted from two apartments. His last publicly listed address was at a now closed long-term motel on Piedmont Circle.

Patty said she tried to help Hancock, who was homeless at one point, and that he struggled with the VA to get disability payments. She eventually moved to California and lost touch with him. Her former sister-in-law called about a year ago and said they were thinking of putting him in a care facility.

“I know he would have resisted that to the end,” said Patty.

He was hoping for changes in his pain treatment and medications that he began taking after a near-fatal car accident. The crash happened off base, but while he was active and stationed in San Diego. It resulted in his medical discharge in 2012. After the accident, the former ordnanceman walked with a cane.

In Pike County, Pressley worked at a local NAPA auto parts store, where he could sit or lie down for recovery periods during his shifts.

It was a contrast from his childhood when he wanted to be a superhero. He once tied a red cape around his neck and jumped out his bedroom window, hoping he would fly like Superman.

“He was in so much pain all the time,” said Wilson, his mother. Though he never talked about killing himself, he told her, “I don't want to live 50 more years in this pain.”

She said he wrestled with getting the VA help he wanted. There were changes and battles over medication. Some left him better. A recent one left him worse. He was hoping to get into the Dublin hospital on his final day, but was turned away, according to family members.

They say they pieced together what happened from text messages and conversations with people who saw him. He sat in his car in the parking lot, texting his girlfriend, who warned the family he had a gun and was threatening his life.

“I called and told them he had a gun on him and was talking about suicide,” said Lisa Johnson, Pressley's older sister.

The VA has implemented widespread training to recognize suicidal veterans and give them immediate care. Pressley apparently did not get the workers' attention, according to his family, and their pleas produced no results.

The VA person Johnson spoke with told her Pressley was not at the hospital, though Johnson told her he was in the parking lot. The family called the sheriff's office, hoping officers would find Pressley. The family drove to his house, waited for an hour, then drove toward Dublin.

They were nearly there when the sheriff's office called. Pressley was found in his car in the VA parking lot about 8 p.m. He had shot himself in the chest.

The issue is high on Isakson's list of concerns, and he said more needs to be done.

“I am in touch with the VA as investigations into each incident are ongoing, but these are tragedies that we hear about far too often,” the senator said in a statement after the deaths of Hancock and Pressley. “While we have taken a number of steps to address and prevent veteran suicide, tragic deaths clearly indicate that we must do better.”