In the last two years alone, employees at the Atlanta VA Medical Center filed 288 complaints with the VA inspector general, 43 of them alleging whistleblower retaliation, others alleging abuse of authority and regulation violations. 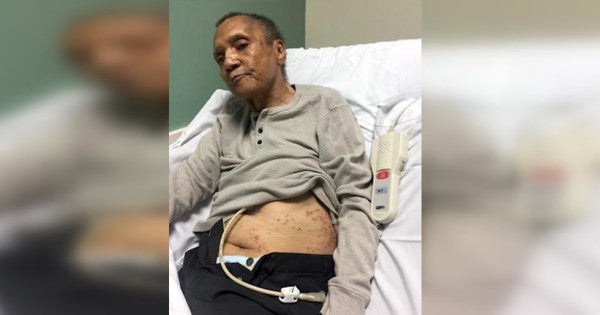 Dawn Brys got an early taste of the crisis unfolding at the largest Veterans Affairs hospital in the Southeast.

The Air Force vet said she went to the Atlanta VA Medical Center in Decatur last year for surgery on a broken foot. But the doctor called it off because the surgical instruments hadn't been properly sterilized.

“The tools had condensation on them,” recalled Brys, a 50-year-old Marietta resident. The doctor rescheduled it for the next day.

Now the 400-plus-bed hospital on Clairmont Road that serves about 120,000 military veterans is in a state of emergency. It suspended routine surgeries in late September after a string of incidents that exposed mismanagement and dangerous practices. It hopes to resume normal operations by early November as it struggles to retrain staff and hire new nurses.

The partial shutdown came about two weeks after Joel Marrable, a cancer patient in the same VA complex, was found covered with more than 100 ant bites by his daughter. Also in September, the hospital's canteen was temporarily closed for a pest investigation.

The only question for some military veterans and staff is why the VA waited so long. They say problems existed for years under Wiggins' leadership, but little was done.

The answer lies in part in a system where complaints were buried, whistleblowers faced retaliation, and punishment of administrators for wrongdoing was rare, according to observers.

“It's just the culture, and I don't know what it's going to take to change it other than a complete house cleaning,” said Sheila Meuse, a retired whistleblower and former assistant director at the VA hospital in Atlanta.

In the last two years alone, employees in the region under Wiggins' leadership filed 288 complaints with the VA inspector general, 43 of them alleging whistleblower retaliation, others alleging abuse of authority and regulation violations.

The VA's Office of Inspector General this year began investigating a national office created in 2017 to help whistleblowers. Instead of helping, whistleblowers across the country say their complaints were often handed back to district directors who targeted them for firing and harassment. The IG's findings are expected soon.

VA leader: 'Culpability all up and down the system'

The VA health care system's reputation nationally has suffered for years because of botched operations, failure to deal with veteran suicides, mismanagement and cover-ups of wrongdoing.

Veterans Integrated Service Network 7, home to about 1.2 million veterans in Georgia, Alabama and South Carolina, is the worst in the nation according to two VA measures. Veterans give it the lowest patient satisfaction scores of the country's 18 regions. Three of its eight hospitals, including Decatur, rank among the country's four worst in employee satisfaction.

Richard Stone, who directs the Veterans Health Administration, said he is working hard to fix the problems.

“I think there is culpability all up and down the system. But it is not acceptable, and I don't think any of us can be comfortable with what happened here,” Stone told The Atlanta Journal-Constitution in a telephone interview.

Wiggins and her attorney did not respond to AJC requests for an interview.

Local veterans have cause to give the region low scores. Last year, when Bobby Fisk of Pickens County tried to buy a house with a VA loan, he was denied because of unpaid medical bills. He had received emergency care outside the system, which the VA was supposed to pay, but hadn't.

“I got in touch with people, and nobody wanted to help,” said Fisk, 46. It wasn't until a local TV station broadcast his plight that the bureaucratic dam broke and the issue was straightened out.

He had a botched operation before that. Fisk, who said he has traumatic brain injuries from two IED explosions in Afghanistan, sports a diagonal scar on his back wide as a finger and about a foot long from a skin cancer removal at the Decatur hospital in 2017. He said he could not get follow-up care or even a date to get the stitches removed.

He went instead to a local non-VA clinic to remove the stitches after about three weeks. When he did, the skin at the bottom of the incision gaped open enough to “stick four fingers together in there about three inches.” With help from his wife and the clinic, he was able to stave off infection and get the wound to heal, though it took weeks, he said.

Only months later, after he had filed a complaint with the VA Inspector General, did a VA medical officer call him, asking about his problem. The veteran, whose language is as tangy as a bag of salt and vinegar chips, said he told the officer, “Maybe you need to get your s*** tighter before you call me.”

When Fisk asked for a copy of the findings, the VA shared a seven-page document but most of the pages were blank after redactions. Two key phrases remained: “…the allegations are substantiated…” and “This allegation is partially substantiated…”.

Lindenmayer has a spreadsheet of soldiers who allege problems, including one who had his teeth pulled 18 months ago to prepare for dentures, but who still doesn't have them because the VA has not paid for them. In another case, a disabled area veteran waited for more than a year to get a stair lift put in his home so he could leave his bedroom. He died waiting. The VA called the widow after the funeral last month.

“It's broken, but nobody wants to step up and fix it,” Lindenmayer said.

Problems in Atlanta and the Southeastern region go back years

Wiggins, the regional director until last month, was appointed director of the Decatur hospital in 2013 and tasked with improving services after the facility's mental health unit was blamed for three veteran suicides.

A 20-year VA veteran at the time, Wiggins had briefly served as chief operating officer at a Detroit VA hospital. Before that, she had worked her way up from a nurse executive to deputy assistant secretary of VA labor relations in Washington, D.C.

In 2014, a bit more than a year after Wiggins arrived, the Decatur hospital's advisory board warned then-VA Secretary Bob McDonald about her when he visited Atlanta. Robert Teets, one of the board's veterans, was among those who voiced distrust.

“She didn't really deal with people well,” recalled Teets. “At least from my perspective and a few other vets, she didn't want to listen to anyone she couldn't control.”

McDonald publicly praised Wiggins on his visit for things such as shortening appointment wait times. “I trust her and it looks like everyone else does as well,” he said.

In 2015, the Decatur hospital's scores were still in the bottom third of the VA network, but Wiggins was promoted to regional director, overseeing eight hospitals and more than 60 clinics and centers.

She inherited more headaches – including allegations that the VA hospital in Montgomery manipulated schedules to make it appear veterans weren't waiting as long. Among the whistleblowers were Meuse, the former Atlanta hospital administrator who had transferred to Alabama, and Richard Tremaine, who was the assistant hospital director.

Both said Wiggins came to Alabama to talk with them, but that they, not the problem, quickly became the target. “It had nothing to do with fixing anything,” said Tremaine.

The central Alabama director was eventually fired, but the two whistleblowers said they continued to receive exclusionary and bullying treatment, including being dressed down by supervisors. Both left. Meuse, a 31-year VA worker, now sells real estate in Alabama. Tremaine, an Air Force veteran, took another VA job in Colorado before retiring with 29 years of VA service.

Others reported similar stories. A federal Office of Special Counsel in 2016 found that Atlanta hospital leadership retaliated against public affairs officer Greg Kendall after he raised concerns about a misuse of tax dollars by hospital leadership.

Sheila Walsh, human resources chief in Montgomery, alleged retaliation against six employees, some of whom were whistleblowers. She also alleged administrators falsified documents and that some doctors were underpaid. She found herself having to give sworn testimony and questioned by investigators appointed by those involved in the alleged wrongdoing, which included Wiggins, her sworn testimony says.

Walsh said she eventually had her keys taken and was reassigned to a windowless room used for VA police interrogations. She said a boss told her not to talk to other employees.

In the region, bad news from audits and investigations were incessant. A Decatur hospital unit took an average of 69 days to repair wheelchairs for veterans in the region, leaving some of the 380 affected veterans stranded in beds. An Atlanta auditor for the inspector general was found having an affair with a staff member and creating a “toxic and hostile” work environment. VA workers in Dublin were misusing VA credit cards, VA documents say.

Things went from bad to worse at the Decatur hospital, the largest under Wiggins' watch. After finally climbing above a string of two-star ratings to three in 2017, it dropped to one star last year, putting it in the bottom 10%. Five stars is tops.

Stone, who has been directing the VA's health care system since last year, says he began sending “rapid improvement teams” to correct problems and help management, including Wiggins. He also changed leadership at the Decatur hospital a year ago.

But he also said top VA officials in Washington were unaware of the depth of problems in Atlanta and the region.

“Frankly, these events were not brought to our attention,” he said.

Stone said the region had not made enough progress. After the Atlanta-area veteran Marrable was found covered in ant bites in early September, generating national news headlines, Stone put Wiggins and others on administrative leave. He also called Laquna Ross, Marrable's daughter.

Ross said she hopes good things come from her father's suffering. “I pray that other vets have a better experience at the end of their lives. No one in their final days should experience that,” she told the AJC.

The new interim regional director, Scott Isaacks, was assigned from a VA hospital in Charleston that posted four- and five-star scores in recent years.

The review of what went wrong and what needs to be fixed is continuing, Stone said.

Oct. 2018 The Decatur hospital score drops from three stars to one, out of a possible five. Chief of staff retires, deputy chief of staff and chiefs of the emergency, primary care and clinical access services departments all moved out.

March 2018 Decatur hospital division failed in timely repair of equipment such as wheelchairs. Area vets waited on average 69 days for a repair.

January 2018 A Fort Benning clinic doctor failed to follow up on indications of prostate cancer, which delayed treatment for patient. Leaders failed in monitoring doctor performance, who failed to provide timely care of other patients or care for an unscheduled patient.

June 2017 Review of quality of care in Decatur could not establish if managers monitor competency of doctors and nurses, whether leaders addressed deficiencies in maintaining clean and safe environment in patient care areas, whether patients are safely transferred, whether medical devices are clean, if vets are property screened for alcohol and if leaders had processes to deal with bed sores.

May 2017 Investigation into 2014 allegations finds that the Montgomery hospital staff deleted veterans names from waiting lists, and altered, cancelled or otherwise manipulated the lists leaving patients delayed or unscheduled for care.

April 2017 A VA staff member has an improper sexual relationship with employee, creates toxic atmosphere for others.

Jan. 2107 The Atlanta VA does not complete drug screenings for job candidates for 6 months, delaying hiring.