Kathleen Noftle was arrested and charged on Sept. 18 with diluting morphine meant for her dying veteran patients so she could take it for personal use 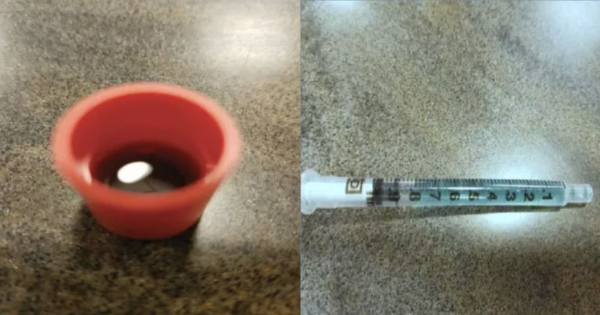 Kathleen Noftle, 55, was arrested and charged on Sept. 18 with one count of obtaining a controlled substance by misrepresentation, fraud, deception, and subterfuge, and another count of tampering with a consumer product, according a statement from the U.S. Attorney's Office for the District of Massachusetts.

Between Jan. 13 and 15, 2017, Noftle allegedly used her position as a hospice nurse to obtain doses of morphine that were meant for dying veterans under her care.

According to the government, Noftle “admitted to federal agents that she mixed water from a sink with a portion of the liquid morphine doses, and then administered the diluted medication to patients orally.”

Noftle then allegedly ingested the remainder of the diluted drug.

A federal investigation revealed that by diluting the morphine and then administering the drug to her patients, one veteran experienced increased difficulty breathing, which led to suffering in his final days.

The investigation also found that prior to working at the Bedford Veterans Affairs hospital, Noftle had resigned from her position as a nurse at another hospital due to “her failure to follow appropriate procedures when wasting narcotics on 60 occasions,” according the government.

In a statement to Task & Purpose, the director for the Bedford VA hospital confirmed that Noftle was fired and the allegations were reported to the VA Office of Inspector General, but the hospital did not provide specifics on when she was terminated, or when the VA OIG was notified of the allegations.

“I want to express my sincere apologies to family and friends of any Veteran affected by the actions of this individual,” Joan Clifford, the director for the Edith Nourse Rogers Memorial Veterans Hospital told Task & Purpose. “These allegations run counter to VA's culture, and is why we terminated this individual and reported her behavior to VA's independent inspector general.”

If found guilty of both charges, Noftle could face up to 14 years in prison, four years of supervised release, and fines as high as $500,000.

The charge of obtaining a controlled substance by misrepresentation, fraud, deception, and subterfuge, comes with a possible sentence of up to 10 years in prison, in addition to three years of supervised release, and a fine of as much as $250,000. The second charge – tampering with a consumer product – carries with it a possible sentence of no more than four years in prison, one year of supervised release, and another fine for up to $250,000.

A probable cause hearing for Noftle has been set for Oct. 16, according to CNN.