Army leaders everywhere can breath a sigh of relief. 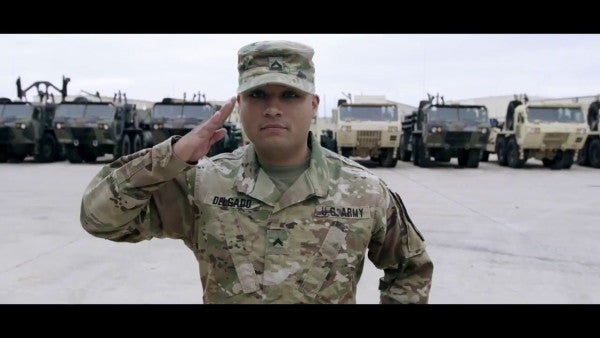 That sound you're hearing is Army senior leaders exhaling a sigh of relief, because the Army has surpassed its recruiting goal for the year.

After failing to meet recruiting goals in 2018, the Army put the pedal to the metal and “did some soul searching,” said Acting Army Secretary Ryan McCarthy, to ensure that they'd meet their 2019 goal. It must have paid off — the service announced on Tuesday that more than 68,000 recruits have signed on as active-duty soldiers, and more soldiers have stuck around than they expected.

The end-strength goal for this year was 478,000 — Army Chief of Staff Gen. James McConville said on Tuesday they'd be “well over that,” coming in somewhere between 481,000-483,000. McConville also acknowledged that the Army's goal this year brought in fewer recruits than last year, though senior leaders stressed that they've been more focused on quality than quantity.

Senior leaders also said that the Army has seen an increase in recruiting both women and minorities; McConville said women are “excelling” in the military. Maj. Gen. Frank Muth, the head of Army Recruiting Command, said on Tuesday that the number of women in the ranks increased from 17.1% to 18%, which he said hasn't been done since 2004.

“We are a diverse nation,” McConville said. “And the right thing to do is have diversity, but quite frankly, you want to have diversity because you want to compete with the best people in America and you want quality … You get quality through diversity.”

Muth told reporters that the Army is working to bring in more female recruiters, to will continue to work to be “representative of the United States.”

One of the primary challenges the Army faces is the thriving U.S. economy, with a 3.7% unemployment rate. Historically, those kind of conditions pose a threat to military recruitment, but Sergeant Major of the Army Michael Grinston said on Tuesday that it “speaks volumes” that the service was able to exceed its retention goal anyway. (The goal was 50,000, and the Army hit 51,000.)

One of the Army's biggest initiatives to up its recruitment numbers was its focus on 22 cities that typically aren't in the Army wheelhouse, so to speak — cities like Seattle, Chicago, New York City, and more. Muth said he was most surprised by New York City, where recruiters hit “100% of the mission” every month.

The Army has also been trying to spread the word on economic opportunity, especially the ability to have college paid for in a time when overwhelming student debt is the norm. But McConville said that from what he sees, it's not just the money that draws recruits to the Army, but the “sense of being part of something bigger than themselves.”