Recruiters were under pressure to meet recruiting goals for 2017. 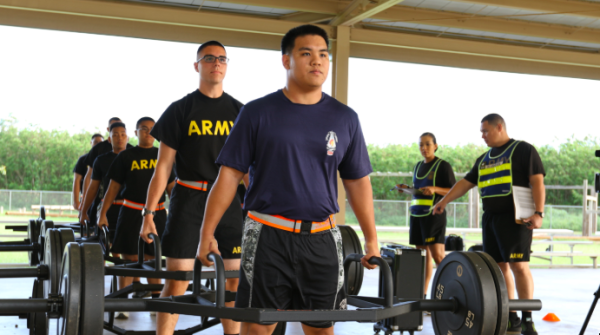 Over 300 soldiers were found to have enlisted after either failing a required fitness test, or never taking it at all, according to documents obtained by Army Times.

In 2017, the Army was straining to meet its goal of 476,000 active-duty soldiers, meaning the service had to bring in 68,000 recruits. The Occupational Physical Assessment Test was new, and Army Times reports that recruiters implicated in the investigation — 297 of them — “figured the recruits would sort out their fitness levels at basic.”

According to the report obtained by Army Times, recruiters “perceived that they were under pressure by the mission increase and the requirement to fill training seats during a historically low period of accessions into the Army to ship recruits as quickly as possible.”

The investigators who looked into the issue also wrote in their report that many of the recruiters “did not fully grasp how to administer the OPAT or the significance of the testing requirements.”

The investigation involved 38 of the Army's recruiting battalions, excluding only New York City and Richmond, Virginia. Per Army Times, the worst offender was Dallas, Texas, passing through 38 untested recruits who never took the fitness test.

Overall there were 318 soldiers who said they either never took the test, or that they failed it; 228 allegations were substantiated, and U.S. Army Recruiting Command spokeswoman Lisa Ferguson told Army Times that “appropriate action was taken in each case.”

In response to the investigation in 2017, USAREC put new requirements in place. Army recruits must sign their OPAT score cards, those score cards must be reviewed by someone designated by the recruiting center, and both the recruit's and recruiter's signatures have to be validated by a guidance counselor, per Army Times.

The recruits at the center of the investigation were ultimately allowed to stay and continue training.

SEE NEXT: VR goggles and an Amazon-like recruiting website: Inside the next generation rebrand of the US Army