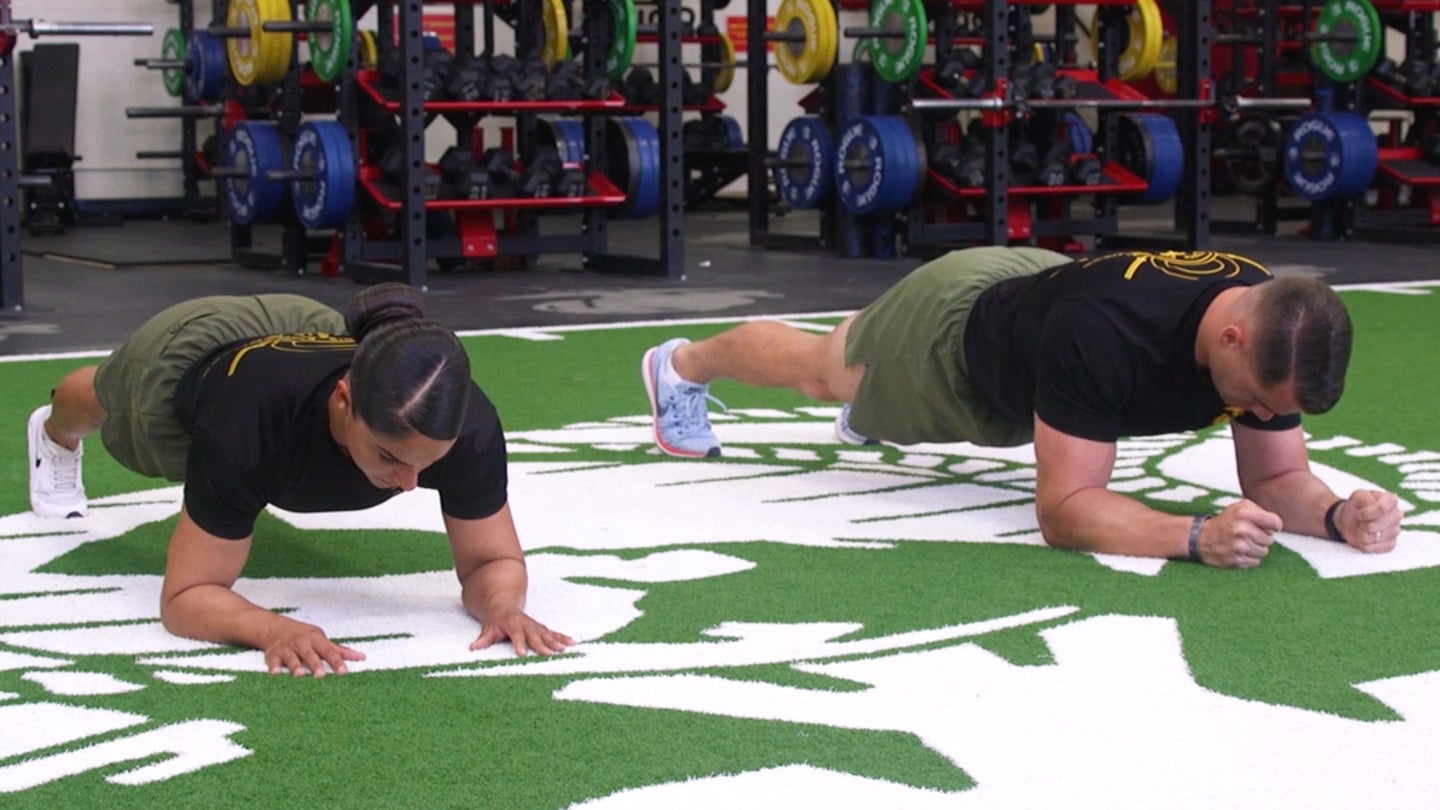 The Marine Corps will eliminate crunches from its physical fitness test in favor of planks by 2023, according to a Marine administrative message made public on Thursday.

“The plank’s isometric hold requires constant muscle activation, engages almost twice as many muscles as the crunch, and is reliable in measuring midsection endurance required for military tasks and activities of daily living,” wrote Lt. Gen. Lewis Craparotta, commanding general of the Corps’ Training and Education Command, in the message announcing the changes.

Sometimes referred to as a front hold, a plank is an isometric core exercise that involves maintaining a pushup-like position while resting the weight of the body on the forearms or hands.

In response to feedback from Marines, the Corps added the plank to its physical fitness test in 2020 as an alternative to crunches, with a minimum hold time of 1 minute, three seconds required to pass, and a hold time of 4 minutes, 20 seconds considered a perfect score. But starting on Jan. 1, 2022, the Corps will tweak those requirements slightly by raising the minimum to 1 minute, 10 seconds, and lowering the maximum to 3 minutes, 45 seconds, according to the message. The plank will become the new standard in 2023.

“Effective 1 January 2023, the plank will be mandatory for the PFT and the abdominal crunch will no longer be an alternative to the plank,” the message says. “This MARADMIN serves as advance notice to ensure Marines have sufficient time to train and prepare for the plank event prior to the policy change in CY 2023.”

The updated Marine Corps order on physical fitness and combat fitness tests should be released before the end of 2021, according to a Marine spokesman.

As an instructional video from Marine Corps Base Quantico explains, planks will need to be conducted on a flat surface, and Marines will begin in a pushup position with their feet hip-width apart and toes extended. Once they rest their weight on their forearms and hands, the “back, buttocks and legs shall be straight from head to heels,” a Marine narrator explains, “and must remain so throughout the test.”

Individual physical training representatives will monitor no more than seven Marines as they conduct the exercise and will call out 15 second time intervals until completion, according to Maj. Lindsey Slyman with the Marine Corps Human Performance Branch. Time will be called if a Marine drops to the floor, raises their feet or hands, or fails to maintain a straight line with their body, though one verbal warning will be allowed.

“For decades, the Marine Corps has used crunches to both improve and assess abdominal endurance,” said Capt. Sam Stephenson, a Marine spokesman. “However, research has shown that crunches with the feet restrained require significant hip flexor activation. This has been linked to an increased risk of injury, including lower back pain due to increased lumbar lordosis.”

“Marines are less likely to experience injury or fatigue during functional tasks like hiking, lifting and low crawling,” Stephenson added.

Indeed, a research paper sent to the Marine commandant in 2018 noted that lower back pain was the “leading” musculoskeletal diagnosis treated at clinics in Camp Lejeune, North Carolina between 2017 and 2018, as Marine Corps Times reported. The crunch has been “ineffective at assessing functional core strength” and “arguably detrimental for back health,” the paper said. By contrast, the plank exercise was shown “to alleviate the pressure on the low back” and received high marks among sailors taking part in a 2012 study of the Navy fitness test.

“After years of conducting crunches, what we know now is that crunches with the feet restrained require a lot of hip flexor activation, and this has been linked to increased risk of injury, specifically low back pain due to repetitive lumbar flexion,” McGuire told Task & Purpose. “The plank’s isometric hold requires constant muscle activation, engages almost twice as many muscles as the crunch, and is reliable in measuring midsection endurance required for military tasks.”