The Marine Corps is considering a plan to add a fourth phase to its recruit training regimen, multiple sources have... 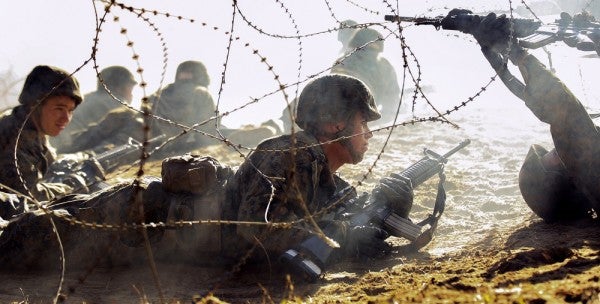 The Marine Corps is considering a plan to add a fourth phase to its recruit training regimen, multiple sources have confirmed to Task & Purpose. The proposed phase is aimed at providing recruits more time to get comfortable in their newfound identity as Marines. The addition of a fourth phase would not extend the length of boot camp, though it could require certain training events to be shifted to earlier in the cycle.

Currently, recruit training is broken into three phases. The first four weeks emphasize drill, physical fitness, and above all, training civilians to be Marine recruits. The second phase focuses on marksmanship, culminating in rifle qualification, and the third phase covers combat marksmanship, and closes out with the Crucible — a test of stress management and teamwork that represents a would-be Marine’s final hurdle in training.

The new phase would likely occur near the end of the 12-week training cycle, during the period of instruction currently set aside as “Marine week” (and often unofficially referred to in boot camp as “fourth phase.”) Marine week is a four-day period following the Crucible, where newly minted Marines receive classes on financial stability, Marine leadership, prep for graduation, and are finally permitted to refer to themselves in the first person and their drill instructors by rank.

The new phase would likely extend this four-day block, though the exact length of the proposed fourth phase could not be confirmed. According to sources with knowledge of the matter, the fourth phase would focus on Marine leadership values, fiscal responsibility, and generally, how to act and behave like a Marine and not like a recruit.

The schedule to possibly approve, announce and implement the boot-camp change is not clear. The news comes at a time when the service is also weighing a decision to allow female Marines to attend combat training on both the East and West Coast, the Associated Press reported in August. Currently, female Marines only attend Marine Combat Training (MCT) at the School of Infantry (SOI) – East in North Carolina. Marine Corps boot camp occurs in two places — Recruit Depot Parris Island in South Carolina, and Recruit Depot San Diego in California.

Though proposed changes to recruit training are often met with rabble rousing from Old Corps proponents, the idea of spending just a few more days learning “how-to Marine” rather than how to be a stellar recruit could benefit newly graduated hard-chargers heading off to SOI or MCT. A few more classes on financial stability might also keep Marines from blowing their three months of recruit training pay during their 10 days of leave after boot camp.

Task & Purpose will continue to report on these developments as we learn more.