The hazing scandal that rocked the Marine Corps last year is not confined to the East Coast, new reports from... 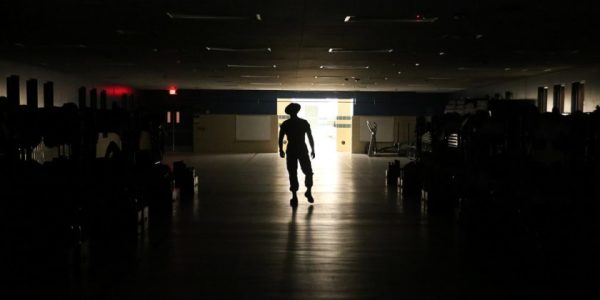 The hazing scandal that rocked the Marine Corps last year is not confined to the East Coast, new reports from the Washington Post’s Dan Lamothe and Marine Corps Times’ Jeff Schogol reveal.

Since 2014, two drill instructors at Marine Corps Recruit Depot San Diego in California have been disciplined for hazing Marine Recruits, according to copies of the investigation obtained by Schogol.

One hazing incident involved a drill instructor choking six recruits between June and July of 2015. A recruit told an investigator that he was grabbed by the throat and picked up, forcing him to stand on his toes to breathe. The event left the recruit feeling paranoid, unfocused and depressed, according to Military Times. Five days after the incident, the recruit told another drill instructor and was sent to the hospital for a mental health screening and evaluation, writes Schogol. The drill instructor involved has since been administratively separated from the Marine Corps, according to the Times.

Related: USMC Recruit Had To Get Skin Grafts After Hazing Incident »

In another incident, a drill instructor received nonjudicial punishment and was removed from training duties, after he ordered recruits into the shower, some naked and others clothed, and told them to cram into one side — an order at boot camp commonly referred to as going “nuts to butts.”

In a Twitter post on May 3, Lamothe posted a partial copy of the investigation, in which one recruit described being stuck in a crowd of more than 40 fully or partially nude trainees in graphic detail.

Afterward, recruits expressed mixed feelings about the incident; some said they felt uncomfortable with the skin-on-skin contact, while some said it wasn’t intentional, and others didn’t think it “was a big deal,” according to the Post.

“During the incident I felt uncomfortable and like I was not a man, because it was humiliating,” one recruit said in an interview, according to the Post. “I know I would never let something like this happen if I was in control of the situation.”

On a questionnaire from the Marine Corps’ Criminal Investigative Division obtained by Military Times, another recruit wrote that the drill instructors’ “treatment did not affect” him in “a significant way,” adding that “it is boot camp and the yelling and craziness is something that comes with it.”

The news comes just a day after the Post published a story on hazing at Parris Island, South Carolina, which revealed that in one extreme case, a recruit suffered severe chemical burns after he was ordered to exercise on a bleach-covered floor and forced to remain in his wet uniform.

The recruit’s burns were so severe he needed skin grafts to his buttocks; medical examiners told him the incident had “liquefied” his skin.