A Marine Recruit In San Diego Died After A Medical Emergency

A Marine recruit who experienced an unspecified medical emergency during boot camp in San Diego has died, Corps officials announced... 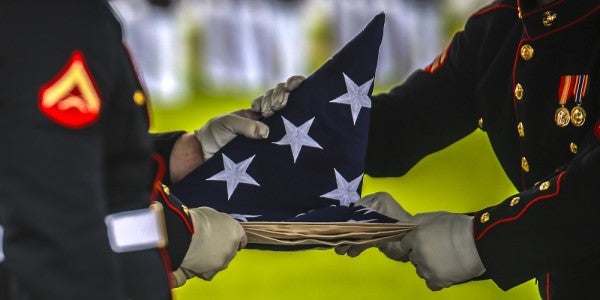 A Marine recruit who experienced an unspecified medical emergency during boot camp in San Diego has died, Corps officials announced on Sunday.

The recruit, whose name has not been released, was pronounced dead at 11:43 am on Sunday at an off-base medical facility, according to the recruit depot. A drill instructor responded to the recruit’s medical emergency around midnight on March 24, giving him CPR until the first responders arrived.

Medical officials are determining how the recruit died, a recruit depot news release says. Although it is unknown what caused the recruit’s medical emergency, he was being monitored due to “ongoing physical health issues.”

“Supporting the recruit's family is our top priority and we continue to work closely with them during this most difficult time,” Brig. Gen. William Jurney, commanding general of the recruit depot, said in a news release.