"The Navy Football Brotherhood is not a team, we are a family." 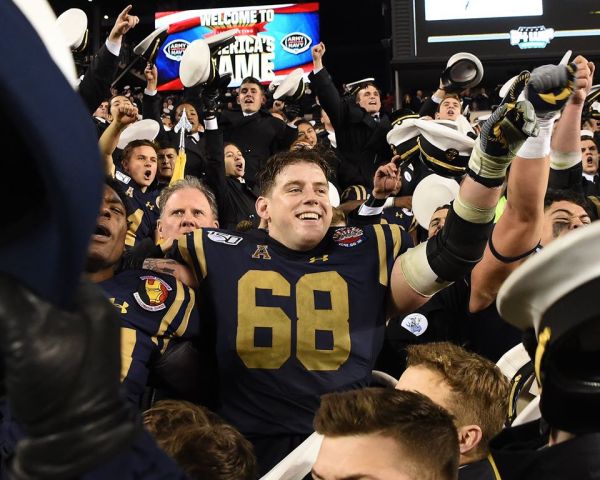 In a Facebook post on Friday night, the academy said Forney — an offensive guard on the Navy Football team — was “discovered unresponsive in his room” at Bancroft Hall, one of the academy's dorms. A CPR-certified midshipman performed resuscitation efforts until first responders could arrive, the post said, and Forney was transported to a nearby medical center.

He was pronounced dead at 11:28 p.m. that night. According to a press release from the academy on Friday, foul play is not suspected.

He is survived by his parents and three siblings.

Forney's death comes just two weeks after another midshipman, Duke Carrillo, 21, died during the academy's semi-annual physical readiness test. According to the Washington Post, the cause of Carrillo's death is unknown.

Forney was studying political science, and was planning to commission as a cryptologic warfare this May. He's remembered as “a leader who would step up to any challenge and get the job done,” according to the academy's Facebook post.

Vice Adm. Sean Buck, Superintendent of academy, said in the Facebook post that the “entire Naval Academy family…are heartbroken over the tragic and unexpected loss of Midshipman David Forney.”

“First and foremost, our deepest condolences to the Forney family. The Navy Football Brotherhood is not a team, we are a family. We are devastated to have lost one of our brothers. We all loved – and will always love – David,” he said.

“We pray for strength during this most difficult time.”