An active duty service member assigned to Offutt Air Force Base, and his spouse died after an incident at base housing Saturday night. 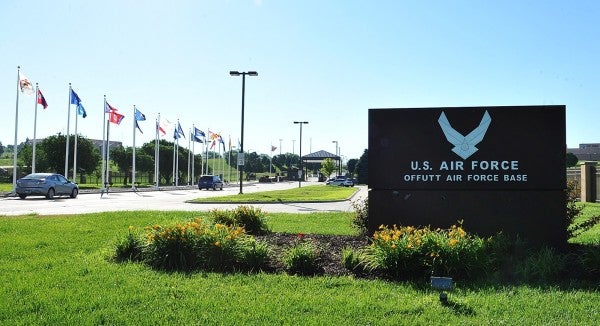 The Air Force Office of Special Investigations is looking into the deaths of an active-duty service member assigned to Offutt Air Force Base, Nebraska, and his spouse, both of whom police found dead in their off-base home on Saturday, Ryan Hansen, a spokesman for the 55th Wing told Task & Purpose.

The two people lived in the Rising View privatized housing area, Hansen told Task & Purpose. After a neighbor called police on Saturday, police arrived at their home around 8:15 p.m. and confirmed both the airman and his spouse were dead.

Despite media reports that the incident was a shooting, Hansen declined to provide any information about how the two people died, deferring all such questions to OSI. The two people's names are being withheld pending next of kin notification.

No one else was wounded in the incident and there is no danger to the airmen and families, he said.

A Facebook post from the official account for the 55th Wing Commander, Air Force Col. Gavin P. Marks, confirmed the deaths Saturday evening, and noted that “the situation is under control and there are no safety concerns to residents within Rising View.”

An earlier post to the official page for Offutt Air Force Base confirmed that emergency personnel were on scene, and an update noted that additional information would be posted to the page as it becomes available.