Marine Arrested At Okinawa Airport After Bullet Found In His Luggage

A Camp Hansen Marine was arrested last week after a bullet was found in his bag at Naha Airport, Japanese... 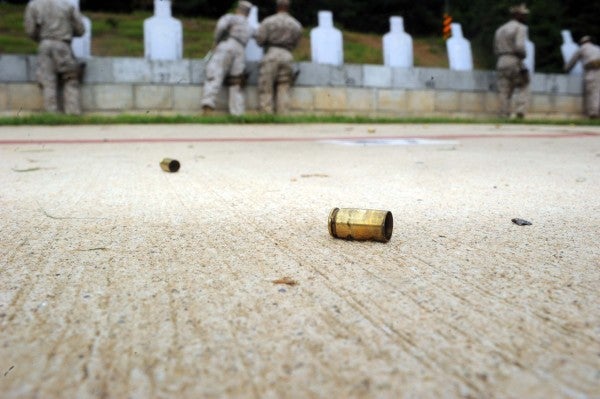 A Camp Hansen Marine was arrested last week after a bullet was found in his bag at Naha Airport, Japanese police said.

Cpl. Aaron Swicegood, 25, was taken into custody at a domestic terminal security checkpoint at approximately 9:20 a.m. Friday after a live pistol round was found in his rucksack, a Tamashiro police spokesman said. Swicegood was traveling to Tokyo on his way to Los Angeles.

Swicegood told police he didn’t know why the bullet was in his bag and that it must have been there from a previous trip to the United States when he borrowed a pistol from his father to practice at a shooting range, the spokesman said. Police believe he may have mistakenly brought the bullet into Japan, and it somehow made it through airport security undetected.

Swicegood was released Saturday and the case was handed over to the Naha District Public Prosecutors Office, the spokesman said. Swicegood will be charged with violating Japan’s swords and firearms control law.