Editor’s Note: The following is an excerpt from Lead Yourself First: Inspiring Leadership Through Solitude, a new book by Raymond... 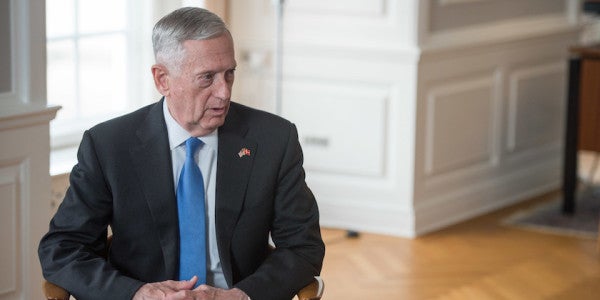 Editor’s Note: The following is an excerpt from Lead Yourself First: Inspiring Leadership Through Solitude, a new book by Raymond M. Kethledge and Michael S. Erwin.

Of all the decisions Dwight Eisenhower ever made as a leader, none was more important than his decision to launch the D-Day invasion on June 6, 1944 rather than two weeks later. That decision brought great risk: at the time Eisenhower made it, there was a strong possibility that the weather would prevent any reinforcements from landing on June 7, in which case the troops who landed the day before might be pushed out to sea. But a decision to delay the invasion would have brought great risks of a different sort, not least that the Germans would find out where the Allies planned to land. Eisenhower had to weigh all those risks, and choose between them. He did so only after obtaining—through deliberate effort—the greatest possible clarity as to which choice offered the best chance of success.

Eisenhower found that clarity through solitude. On June 3, 1944, he went to his tent alone and wrote a memorandum to himself, in which he distilled his thoughts down to a single rule that would guide him in the days ahead: “We must go unless there is a real and very serious deterioration in the weather.” And it was precisely that rule that Ike applied in the early morning of June 5, when he gave the order to launch the invasion.

Solitude—meaning the state of being alone with one’s thoughts, without input from others—has been instrumental to the effectiveness of leaders throughout history. Martin Luther King Jr. found moral courage while sitting alone at his table one night during the Montgomery bus boycott. Jane Goodall used her intuition while alone in the jungles of central Africa, learning how to approach chimps. Thomas Edward Lawrence (“of Arabia”) devised the concept of insurgency while laid up with a fever in a tent. And Abraham Lincoln used solitude to regain his emotional balance after his most painful setback as commander in chief during the Civil War.

But leaders today (along with everyone else) are losing solitude with hardly any awareness of the fact. “If I was to sum up the single biggest problem of senior leadership in the Information Age, it’s a lack of reflection,” says retired four-star Marine Corps General James Mattis. “Solitude allows you to reflect while others are reacting. We need solitude to refocus on prospective decision-making, rather than just reacting to problems as they arise. You have some external stimulus, then you go back to your experience, your education, and you see what needs to be done.”

These days that kind of reflection takes a conscious effort. For if an essential element of solitude is mental isolation, its antithesis is accessibility; and the minds of our leaders today are accessible as never before. The point hardly needs elaboration: e-mails, texts, tweets, and the rest, not to mention the Internet itself, all swarm about us with input from other minds. There are benefits to that phenomenon—some of the bites, so to speak, are salutary—but for leaders especially, there ought to be a lot more screened-off areas than there are now.

Yet there are ways to overcome all these obstacles. Some ways are simple: productive solitude is found as easily in the interstices of life as in its wide-open spaces. Driving on a highway, sitting in a waiting room, and dressing for work are all good times to think. Other ways require more discipline. A leader can mark off sixty minutes on her calendar each day for time to think. A leader can make it known that he does not text, and checks his e-mail only intermittently or at certain points in the day. A leader can designate weekends as periods for no work-related e-mails to be sent at all. Or better yet a leader can do all these things.

Solitude allows a leader to identify her first principles and then to stay connected with them. Those principles are the wellspring of all the benefits that solitude provides: clarity, creativity, emotional balance, and moral courage. A leader out of touch with his first principles will eventually run short of all these things. With a lack of direction internally, he will become directed externally. He will find himself governed by optics. He will have an uneasy awareness of a gap between what he thinks he believes, and what he in fact chooses to do. And when others see the gap—when they say he is phony or hypocritical, and discount his leadership accordingly—he will have nothing to draw upon inside.

An authentic leader finds herself on different ground altogether. A leader who identifies her first principles, and then periodically measures her actions against them, is likely to act in accordance with them. That kind of leadership is inner-directed; and an inner-directed leader is unlikely to be diverted by moral criticism or praise. That is not to say a leader should be close-minded. For the leader who has reflected deeply on her first principles, however, the criticism or praise that ultimately matters most is her own.

It is only this kind of leader—clear, balanced, courageous—who truly leads.

Raymond M. Kethledge is a judge on the United States Court of Appeals for the Sixth Circuit. Michael S. Erwin is a three-tour combat veteran and the founder of a veteran-support nonprofit, Team Red White & Blue, as well as the CEO of the Character and Leadership Center and the president of the Positivity Project. Together they are the co-authors of Lead Yourself First: Inspiring Leadership Through Solitude, published by Bloomsbury.