Reminder: You Can’t Be Both A Service Member And An Extremist

The United States is bracing for a brand new battle against fascism. On Aug. 12, chaos erupted at the University... 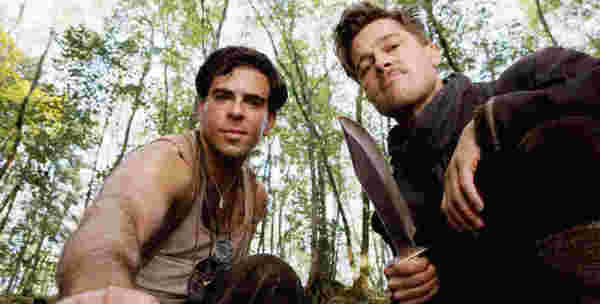 The United States is bracing for a brand new battle against fascism. On Aug. 12, chaos erupted at the University of Virginia’s campus in Charlottesville as white nationalists and neo-Nazis gathered for a “Unite the Right” rally to protest the planned removal of a statue of Confederate general Robert E. Lee. Amid violent clashes with counter-protesters, the clash turned deadly as a car plowed through a crowd of bystanders, killing a 32-year old woman and injuring dozens more.

The man who allegedly targeted the crowd with his vehicle, James Alex Fields, Jr., was reportedly obsessed with Nazism and German military history and tried (and failed) to join the U.S. Army in 2015. And despite the fact that Fields was barely even a service member — he washed out due to failure to meet basic standards after a few months, never assigned to a unit or MOS — his attempted service raises an alarming question: How many neo-Nazis are hiding out in the ranks of the U.S. armed forces?

It’s a legitimate question: In 2008, an FBI report found that “white supremacist leaders are making a concerted effort to recruit active-duty soldiers and recent combat veterans of the wars in Iraq and Afghanistan,” suggesting that most hardcore extremist groups “have some members with military experience, and those with military experience often hold positions of authority within the groups to which they belong.” Case in point: an Aug. 14 Splinter report revealed that Dillon Ulysses Hopper, leader of the white nationalist group Vanguard America who was photographed with Fields on Saturday, worked as a Marine Corps recruiter for three years, “enlisting military recruits while privately holding hateful and xenophobic beliefs contrary to the Marines’ stated core values.”

This is a big no-no, obviously: While the U.S. military supports free speech, it certainly doesn’t condone joining the neo-Nazi or Ku Klux Klan chapter closest to your base — after all, we did fight and win a terrifying global war to wipe Nazi Germany from the face of the planet. In fact, each branch expressly prohibits service members from joining such organizations, in their equal opportunity manuals. Let’s refresh, shall we?

The Army takes a hard line, not only prohibiting participation in such groups, but dismissing them as anti-Army at their very core, and a danger to good order and discipline.

“Participation in extremist organizations and activities by Army personnel is inconsistent with the responsibilities of military service,” the equal opportunity manual says. “It is the policy of the United States Army to provide equal opportunity and treatment for all Soldiers without regard to race, color, religion, gender, or national origin. Enforcement of this policy is a responsibility of command, is vitally important to unit cohesion and morale, and is essential to the Army’s ability to accomplish its mission.”

And how does the Army define these off-limits groups? Simple:

Extremist organizations and activities are ones that advocate racial, gender, or ethnic hatred or intolerance; advocate, create, or engage in illegal discrimination based on race, color, gender, religion, or national origin, or advocate the use of or use force or violence or unlawful means to deprive individuals of their rights under the United States Constitution or the laws of the United States, or any State, by unlawful means.

Regarding participation in these groups, the Army says that all military personnel “must reject participation in extremist organizations and activities,” including attending rallies, fundraising, taking on a leadership role, or distributing literature or propaganda for these groups.

Like the Army, the Air Force is very straightforward about its approach to discrimination: According to its equal opportunity manual, commanders and supervisors should be vigilant about service members’ participation in groups “espousing supremacist causes or advocating unlawful discrimination.”

The Marine Corps charges its commanders with ensuring that personnel are not involved in unsavory group activities:

Marines must reject participation in organizations that espouse supremacist causes; attempt to create illegal discrimination based on race, creed, color, sex, religion, or national origin; advocate the use of force or violence; or otherwise engage in efforts to deprive individuals of their civil rights. Active participation, such as publicly demonstrating or rallying, fund raising, recruiting and training members, organizing or leading such organizations, or otherwise engaging in activities in relation to such organizations or in furtherance of the objectives of such organizations that are viewed by command to be detrimental to the good order, discipline, or mission accomplishment of the unit, is incompatible with military service, and is therefore, prohibited.

Commanders in the Marine Corps are tasked with the discipline for Marines caught participating in extremist actions, including separation or non-judicial punishment.

The Navy explicitly decries participation in discriminatory or extremist groups.

“Individuals must not participate in any organization that espouses supremacist causes, attempts to create illegal discrimination based on race, color, religion, sex (including gender identity), national origin, or sexual orientation, advocates the use of force or violence against the government of the United States, the government of any State, territory, district, or possession thereof, or the government of any subdivision therein, or otherwise engages in efforts to deprive individuals of their civil rights,” according to the Navy equal opportunity manual.

The manual also notes that participation includes anything from demonstrating, rallying, fundraising, recruiting, training, to organizing, or leading extremist organizations.

So if you’re in the military, or want to join, maybe consider leaving your white supremacy hat at home. No matter what you think, the Pentagon isn’t going to tolerate that shit — and neither will anyone else.