Editor's note: This article originally appeared on The Conversation. President Donald Trump’s tweeted ban on transgender persons serving in the... 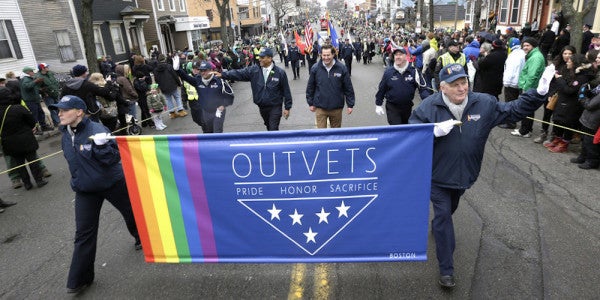 President Donald Trump’s tweeted ban on transgender persons serving in the U.S. military has restarted the perennial debate about the relationship between military service and social policy.

Writing in The Washington Times, columnist Rebecca Hagelin opposed the integration of transgender troops: “Social engineering,” she wrote, “is not the purpose of the United States’ armed forces.” Meanwhile, Ash Carter, who as Barack Obama’s secretary of defense lifted the ban on transgender individuals in 2016, used similar terms in condemning President’s Trump’s tweet: “To choose service members on other grounds than military qualifications…is social policy and has no place in our military.”

In fact, as I found while researching the story of African-American soldiers and of immigrant recruits during World War I for my book “Lost Battalions: The Great War and the Crisis of American Nationality,” the armed forces have played a vital role in shaping American social policy toward the country’s minorities.

Race and the right to serve

The right to serve in the common defense has always been a fundamental civil right in the U.S. and a hallmark of full citizenship.

Originally, the prerogative to serve in the militia was restricted to “freemen” or citizens. A few blacks had served in state and federal units in the Revolutionary War and War of 1812. But it was not until the Civil War that blacks were generally allowed to enlist in the federal Army.

African-American soldiers serving in the Union Army during the Civil War.

Between the end of Reconstruction and the start of World War I, the U.S. underwent a demographic revolution. Cities and industrial towns were transformed by massive waves of immigration. The arrival of large numbers of ethnic groups from hitherto untapped parts of Europe and Asia – groups whose language, culture and religion were strikingly alien – seemed to threaten existing cultural norms and social structures.

At the same time, beginning in the early years of the 20th century, the “Great Migration” carried large numbers of black people out of the South. African-Americans became a national rather than regional minority.

Fear and resentment of these newcomers generated a political backlash.

Already in the period between 1890 and 1915, the South had established a new regime of oppressive racial laws known as Jim Crow. In response to the Great Migration, racial animus grew in the North. In parallel to this, there was an anti-immigration movement backed by both Populists and Republican “progressives.” Harvard President Lawrence Lowell stated the core belief of these movements: that “Indians, Negroes, Chinese, Jews and Americans cannot all be free in the same society.”

The crisis produced by American entry into World War I brought these movements up short. Suddenly the nation had to raise an army of millions from scratch, with the utmost speed.

The Great War and a new social bargain

There was no way to achieve that goal without enlisting large numbers of African-Americans and immigrants or “hyphenated Americans,” a derogatory term for immigrants first used at the turn of the century. It was in this crisis that American leaders rediscovered the ideals of civil equality that late 19th-century ethno-nationalism had called into question.

A wave of official publications produced by the Committee on Public Information now described the U.S. as a “vast, polyglot community,” whose democratic ideal was “higher than race loyalty, transcend mere ethnic prejudices, more binding than the call of a common ancestry … to which every citizen, of whatever race, may rally, without losing hold upon the best traditions of … his race, and the land of his nativity.”

The official ideologists of America’s Great War offered minorities a new social bargain: recognition as Americans in exchange for loyal service in wartime.

Through the special Foreign Soldier Service, a military agency organized to provide language and civics classes for the foreign-born, the Army would become a school for citizenship. Organizations representing minority communities – the Jewish Welfare Board, Knights of Columbus (for Italians) and various black church groups – were invited to provide support services in the training camps.

Half a million immigrants from more than 40 different nations would serve during the war. The 77th Division, initially recruited in greater New York, was noted for the high percentage of immigrants, especially Jews and Italians. But immigrants served in every division. Sergeant Alvin York of the 82nd Division, for example, the Tennessee mountain man and later war hero, found himself “throwed in with a lot of Greeks, Italians and New York Jews.”

Over 350,000 African-Americans would serve with the American Expeditionary Forces in France. Units of the 93rd Division (including the “Harlem Hell Fighters” of the 369th Infantry) won distinction fighting as part of the French army. But most blacks were used as labor and support troops, and the combat units faced discrimination and mistreatment serving with the American Army.

The 369th Infantry, better known as the ‘Harlem Hellfighters,’ challenged assumptions about the capability of African-Americans to serve in the military during World War I.

From racial backlash to renewed liberalism

Once the war ended, racial and ethnic fears and resentments reasserted themselves.

Jim Crow was violently reaffirmed by lynchings and racial pogroms, and in 1925 an Army report distorted the combat record of its black units to justify policies limiting the role of black troops in future conflicts.

However, the war experience had roused the political consciousness of racial and ethnic minorities. Black civil rights organizations cited their people’s record of military service in demanding an end to Jim Crow. New ethnic veterans organizations, most notably the Jewish War Veterans, were prominent in fighting for veterans’ benefits and civil rights. Blacks, Jews and other working-class ethnic groups gained influence as part of the New Deal coalition.

The crisis of mobilization for World War II recreated the opportunity for social change that had been squandered after World War I.

Once again the large-scale enlistment of black and ethnic minority soldiers was a necessity. And this time the conflict pitted Americans against the explicitly racist ideology of Nazism. The resemblance of Nazi race laws to the segregation and exclusion enforced by Jim Crow helped discredit the South’s racial regime with a broad public. And Hollywood played a critical role in transforming public opinion, through its production of war films, later known as “platoon movies.”

The pattern was set by “Bataan” in 1943, which symbolizes America in a small unit whose members include (in addition to some white regional types) a Jew, a Pole, an Irishman, two Filipinos and – most extraordinarily – an African-American. The U.S. Army was still racially segregated, but Hollywood deliberately set reality aside to create an ideal vision of an integrated America.

The new vision: A diverse military for a diverse society

It was this integrated vision that would shape post-war social change. White minorities were the first to benefit, pushing back against the patterns of discrimination that had barred Jews and Italians from employment, elite college admissions and housing. A new federal commitment to civil rights for African-Americans was signaled by President Truman’s 1948 decision to racially integrate all military units.

As new laws (like the Civil Rights and Voting Rights Acts of 1964-65 and Title IX in 1972) have mandated the increased inclusion of hitherto marginalized or excluded groups in the mainstream of economic and political life, those steps have registered in the makeup of our armed forces.

In a representation of today’s Army, a symbolic “platoon” would have to include many more African-Americans and Latinos, Asians of different national origins – and also women, and gays and lesbians.

Each act of inclusion has raised concerns about the effect on unit cohesion and military effectiveness. In 1948, for example, Army Secretary Kenneth Royall declared Truman’s order would lower the morale of the many white Southerners in the service, and that the Army should not be “an instrument for social evolution.”

LGBT soldiers, many serving openly, are an essential part of today’s military.

Similar objections were raised to the integration of women, gays and lesbians into the military. Nevertheless, in these cases military leaders achieved integration without loss – and indeed, generally with an enhancement of military effectiveness.

In the mass armies of the two World Wars, inclusion was mandated by the sheer size of the force. Now that we have an all-volunteer military, the requirement of inclusiveness is, if anything, greater, because force size and the mix of specialists cannot be augmented by mass conscription.

As Senator John McCain recently said: “We should all be guided by the principle that any American who wants to serve our country and is able to meet the standards should have the opportunity to do so – and should be treated as the patriots they are.”

Richard S. Slotkin is an Olin Professor of English and American Studies, Emeritus at Wesleyan University. This article was originally published on The Conversation. Read the original article.