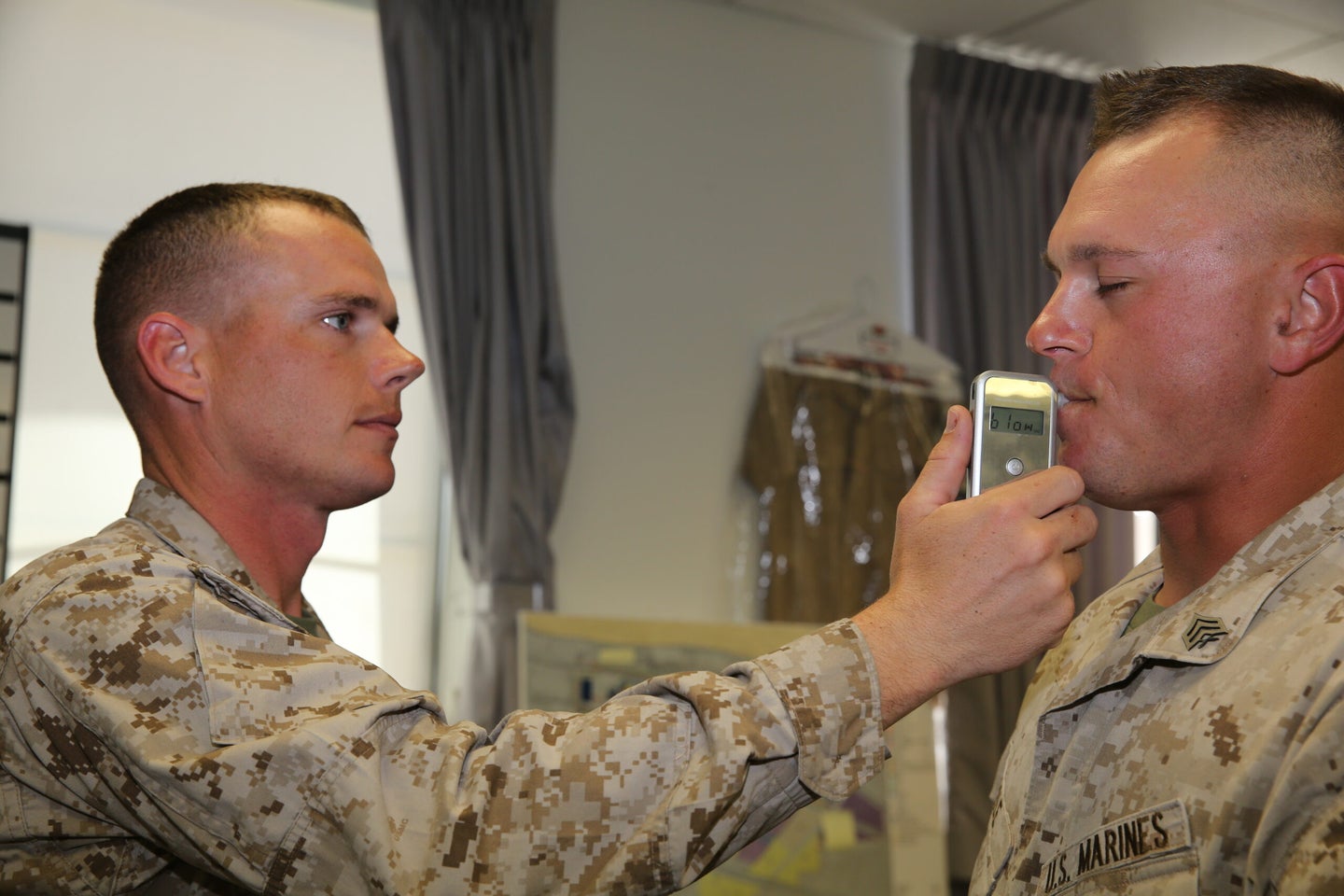 Not one but three U.S. Marines got into drunken fights in Okinawa, Japan over the Halloween weekend — and all three were treated to all-inclusive stays in local jail cells, according to Stars & Stripes.

The fire team (-) of debauchery included a staff sergeant and two lance corporals who were involved in three separate incidents on the military-heavy island.

First up was Lance Cpl. Deantwan Isiah Jefferson, a 23-year-old Marine at Camp Kinser, who was arrested at around 11:30 p.m. on Saturday “on suspicion of stabbing a fellow Marine” from Camp Hansen “with a foldable knife.” A police spokesman said Jefferson did not take a Breathalyzer test but was indeed “intoxicated at the time,” according to Stripes.

About 20 minutes later, Staff Sgt. Eric Ralen Roberts, 35, was arrested after he allegedly assaulted a 52-year-old man at a restaurant in Nago City. Roberts’ blood-alcohol level was 0.18 percent, according to police, which is just into the ‘confusion stage‘ of intoxication and well over the Japanese legal driving limit of 0.03 percent.

Then, at around 3:15 a.m. on Sunday, Lance Cpl. Kaimelye Helotu Politoni allegedly threw a restaurant employee on the ground after the 20-year-old Marine got into an argument with other patrons and was asked to leave. Politoni was intoxicated at the time, according to a police spokesman, and said he didn’t remember the incident.

I can’t imagine why.

Still, these Marines arguably have nothing on the intoxicated 27-year-old sailor arrested in Feb. 2019 after a Japanese couple found him in their home naked and using their shower. Or the drunken Marine who allegedly broke into a home in Florida in Sept. 2019, cooked himself some breakfast, and told the homeowner to “go back to sleep.” Or the Marine gunnery sergeant who allegedly got drunk in June 2019, stole a car from a convenience store in Iwakuni and then crashed it into two other vehicles in a parking lot about a half-mile away. Perhaps they can all compete in some sort of drunken debauchery March Madness-style tournament for world domination.

But before that happens, the U.S. military’s “ambassadors in Japan” may need to brush up on the liberty policy for the island and learn to “exhibit exemplary and attentive behavior.” After they get out of jail, of course.