This is not a Duffel Blog article. This actually happened. 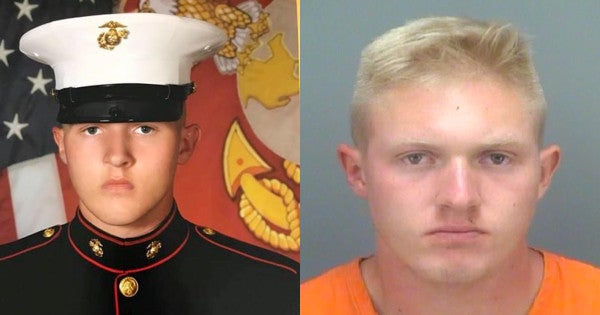 A drunk as fuck 19-year-old Marine lance corporal allegedly broke into a home in Safety Harbor, Florida and cooked himself up some breakfast before telling the homeowner to “go back to sleep” after he was confronted, according to police.

Lance Cpl. Gavin Crim, of Palm Harbor, Florida, went into the home through an unlocked back door at about 4 a.m. on Tuesday, police told Fox 13, before he started participating in an episode of Alcoholic Iron Chef in some rando's kitchen.

Given that hearing someone cooking at 4 a.m. seems rather suspicious, the home owner walked in on Crim and most likely asked what the hell he was doing. Crim responded by allegedly telling him to go back to sleep, at which point the homeowner threatened to call the cops. Crim then apparently realized, oh shit, that is not my mom, and ran out of the house into the woods, according to police.

At this point I would like to remind you this is not a Duffel Blog article. This actually happened.

Anyway, the police found him in the woods, under the influence of alcohol, and he admitted to the break-in, according to Fox 13.

He was booked at 5:25 a.m. and charged with one count of burglary. Crim paid $1,000 bond and was released on Wednesday.

In case you thought this story couldn't get any better, Crim posted this to Facebook in May:

Still, Crim isn't alone. In February, a 27-year-old sailor was arrested inside the home of a Japanese couple who found him naked after he had used their shower, according to Stripes.

Crim is currently assigned to 2nd Battalion, 7th Marines out in Twentynine Palms, California, where I have little doubt unit leadership is eagerly awaiting his return. An 0341 infantry mortar man, Crim was promoted to lance corporal in August.

~popular_source-pageview
drinking
Marine Corps
so there i was...