This is the latest body blow to the Air Force, which has been struggling to keep older aircraft flying despite recent increases in defense spending since President Donald Trump took office 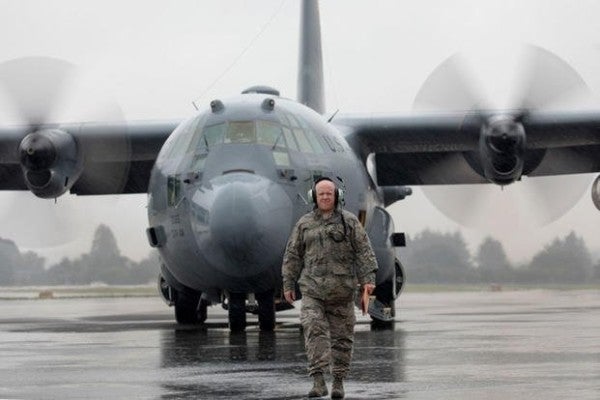 The Air Force has pulled roughly one quarter of its C-130 transport planes out of service after “atypical cracks” were discovered on planes' wings during maintenance, Air Mobility Command has announced.

So far, eight of those planes have been inspected and returned to service, said Air Mobility Command spokesman Maj. Jonathan Simmons.

“Each of the 123 aircraft will undergo inspections, projected to take approximately eight hours per aircraft,” Simmons told Task & Purpose on Thursday. “These inspections will occur at the locations the aircraft were at the time of the TCTO and the overall timeline depends upon the capacity to inspect at those locations. Operational requirements will be a consideration in this timeline.”

The temporary loss of that many C-130s is not expected to affect operations overseas, according to an Aug. 7 Air Mobility Command news release.

Gen. Maryanne Miller, head of Air Mobility Command, ordered the immediate inspections for the cracks, which were discovered on the lower center wing joint, known as the “rainbow fitting,” the AMC news release says.

“Each aircraft that is inspected with no defect found will be immediately returned to service,” Simmons said.

The inspections should take place on C-130H and newer J models with more than 15,000 flight hours that have not received the extended service life center wing box, the news release says.

This is the latest body blow to the Air Force, which has been struggling to keep older aircraft flying despite recent increases in defense spending since President Donald Trump took office.

At the end of July, only seven of the Air Force's 61 B-1B Lancers could fly, Air Force Global Strike Command told Task & Purpose at the time.

Former Defense Secretary James Mattis had ordered the Air Force, Navy, and Marine Corps to have 80 percent of their fighter aircraft able to fly by Oct. 1, but Breaking Defense Editor Colin Clark reported in July that the F-35 fleet is not expected to meet that threshold due to a lack of parts, such as its specially coated canopy.