Four service members were injured when an Air Force C-130 overshot the runway at Camp Taji Airbase, Iraq, and hit a wall 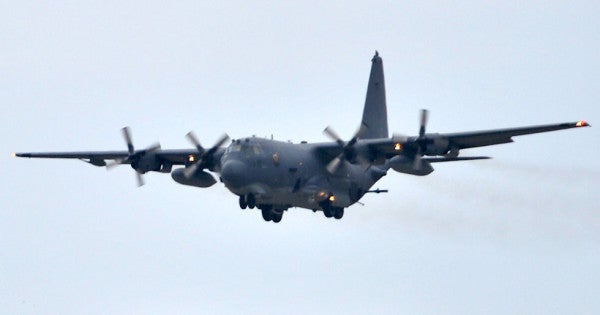 Four U.S. service members are being treated for injuries described as “non-life-threatening” after an Air Force C-130 overshot the runway at Camp Taji Airbase, Iraq, and crashed into a wall, a spokesman for the U.S.-led coalition against ISIS said.

“Enemy activity is not suspected; the incident remains under investigation,” said Army Col. Myles B. Caggins III in a statement.

After hitting the wall, the aircraft caught on fire, but rescuers were on the scene within four minutes to extinguish the fire and help evacuate the plane.

The injured service members are being treated at Camp Taji’s medical facility, he said.

“The quick actions of the airfield crash, fire and rescue team helped patients, and limited damage to equipment and infrastructure,” Caggins said.