With the facts of his death murky, an investigation will see if a Marine was killed in Iraq by friendly fire

U.S. officials stressed that the investigation will look into all possible causes of death, not just friendly fire. 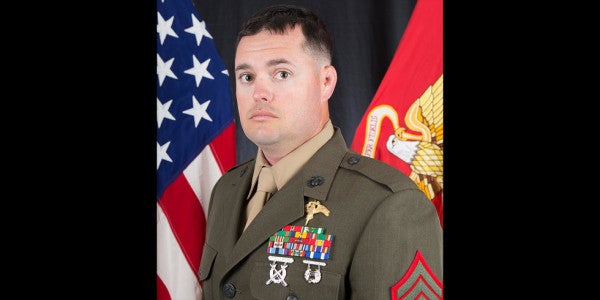 Investigators are looking into the possibility that a Marine Raider was killed by friendly fire in Iraq, U.S. military officials told Task & Purpose on Monday.

Gunnery Sgt. Scott A. Koppenhafer died on Aug. 10 of “injuries sustained during combat action in Iraq,” according to Marine Forces Special Operations Command.

The Pentagon's initial news release, which did not name Koppenhafer, said he had been killed, “After being engaged by enemy small arms fire while conducting combat operations.”

As part of the investigation into his death, U.S. military officials will look into whether Koppenhafer might have been accidentally killed by U.S. or Iraqi forces, Nancy Youssef of the Wall Street Journal first reported on Monday.

Much about the circumstances surrounding Koppenhafer's death remain unclear. U.S. officials stressed that the investigation will look into all possible causes of death, not just friendly fire.

Koppenhafer is the third U.S. service member to die in Iraq this year. Two other U.S. troops have been died of non-combat injuries: Army Spc. Michael T. Osorio died on April 23 in Taji; and Army Spc. Ryan Dennis Orin Riley died on April 20 in Ninawa province.