The Pentagon has identified the two soldiers were killed in combat in Afghanistan on Wednesday as members of U.S. Army Special Forces. 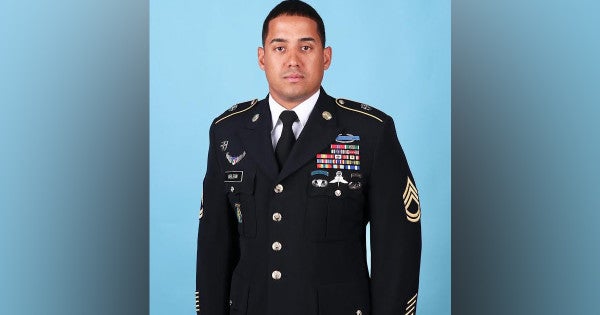 The Pentagon has identified the two soldiers were killed in combat in Afghanistan on Wednesday as members of U.S. Army Special Forces.

Master Sgt. Luis F. DeLeon-Figueroa, 31, and Master Sgt. Jose J. Gonzalez, 35, both died in Faryab Province from wounds sustained from small arms fire, the Pentagon said in a press release. The incident is under investigation.

DeLeon-Figueroa, of Chicopee, Mass., and Gonzales, of La Puente, California, were both posthumously promoted to master sergeant. They were assigned to 1st Battalion, 7th Special Forces Group (Airborne) out of Eglin Air Force Base, Florida.

“It was an honor having them serve within the ranks of 7th SFG (A). They were a part of our family, and will not be forgotten,” Col. John W. Sannes, 7th SFG (A) commander, said in a statement.

“Our priority is to now provide the best possible care to the families of our fallen warriors. We ask that you keep their families and teammates in your thoughts and prayers.”

DeLeon-Figueroa also held the billet of operations sergeant and intelligence sergeant during his time with Special Forces, Bymer said. He was posthumously awarded the Bronze Star Medal and Purple Heart Medal.

A total of 16 U.S. troops have died in Afghanistan this year. Fourteen have died in combat, to include two service members killed in an apparent insider attack on July 29.

Two U.S. troops in Afghanistan have been killed in non-combat incidents and a sailor from the aircraft carrier USS Abraham Lincoln was declared dead after falling overboard while the ship was supporting operations in Afghanistan.