On Aug. 10, 2019 Marine Gunnery Sgt. Scott A. Koppenhafer, 35, was killed after "being engaged by enemy small arms fire while conducting combat operations," according to an Aug. 11 statement from the Pentagon. 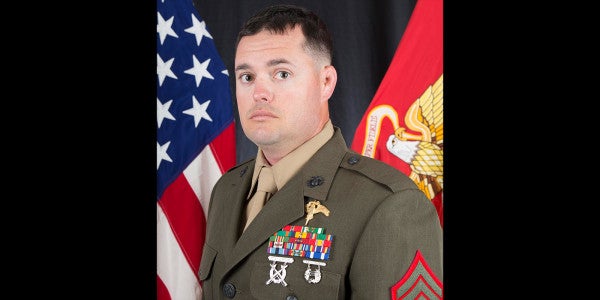 The Department of Defense has identified a Marine Raider who was killed in action over the weekend in Iraq.

On Aug. 10, 2019 Marine Gunnery Sgt. Scott A. Koppenhafer, 35, was killed after “being engaged by enemy small arms fire while conducting combat operations” in support of Iraqi Security Forces according to an Aug. 11 statement from the Pentagon. The incident remains under investigation.

He is survived by his wife and two children

Originally from Mancos, Colorado, Koppenhafer joined the Marines in 2005 and served as a MARSOC critical skills operator for the last 10 years, according to a MARSOC news release. Prior to joining MARSOC, Koppenhafer was a machine gunner with 1st Battalion, 5th Marines, and later a scout sniper, who deployed with both the 31st and 11th Marine Expeditionary Units.

In 2009 Koppenhafer graduated the Individual Training Course as the honor graduate and was meritoriously promoted to staff sergeant during his first MARSOC deployment to Afghanistan. He went on to complete three more deployments with 2nd Marine Raider Battalion, and was selected as 2018's Critical Skills Operator of the year.