A soldier who died in Camp Buehring, Kuwait, from a non-combat related incident on July 18 was identified by the Pentagon as Sgt. William Friese, a West Virginia Army National Guard soldier. 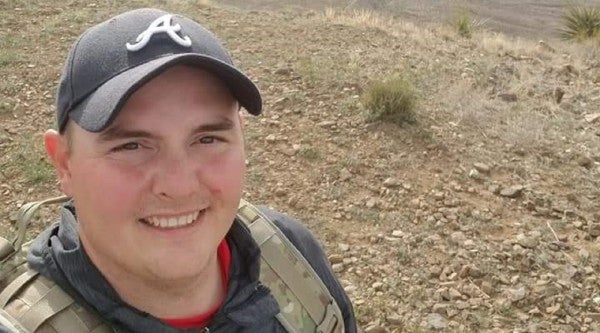 A soldier who died in Camp Buehring, Kuwait, from a non-combat related incident on July 18 was identified by the Pentagon as Sgt. William Friese, a West Virginia Army National Guard soldier assigned to the 821st Engineer Company, 1092nd Engineer Battalion, 111th Engineer Brigade.

He was 30 years old, and is survived by his wife, children, mother, sister and grandparents.

“Cathy and I are praying for William's family and the entire National Guard family, and we ask all West Virginians to join with us,” said West Virginia Governor Jim Justice in a statement. “Everything we have we owe to the men and women who defend our country and protect our freedoms. We will do everything we can to provide support to his family and will never forget his service and sacrifice to this great State and our great Nation.”

A light-wheeled vehicle mechanic, Friese joined the National Guard in 2008, and served with the 821st Engineer Company for his entire career, Maj. Holli Nelson, a spokesperson for the West Virginia National Guard told Task & Purpose.

“Our missions are inherently dangerous and not without risk, yet every day, our military members are prepared to defend our Nation in the most dangerous places in the world,” Hoyer continued. “William represents the values and service to State and Nation that are the foundations of service in the National Guard. May we never forget Sgt. William Friese, his family or the legacy he leaves behind.”

A resident of Parkersburg, West Virginia, Friese was deployed to Kuwait in support of Operation Inherent Resolve, and had previously served a yearlong tour in Afghanistan in 2010 with the 1092nd Engineer Battalion.