They tried bringing in almost $1 million worth of cocaine through gutted punching bags. 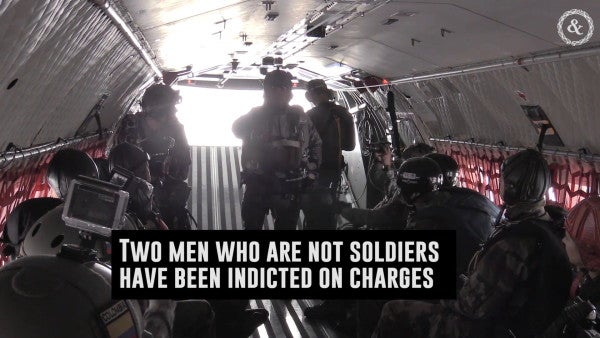 Two former Army Special Forces soldiers caught up in a cocaine trafficking scheme were each handed nine years in federal prison on Tuesday.

Gould and Royer were first charged in August 2018 after attempting to bring in almost 90 pounds of cocaine from Colombia on a military aircraft.

Before the cocaine was discovered in August, 20 pounds of it was successfully smuggled by Gould and Royer from Colombia to an airfield at Eglin Air Force Base, the Northwest Florida Daily News reports, before being later distributed in northwest Florida. Taking the money from that load, the two invested in 40 kilos — almost $1 million worth — of cocaine, attempting to bring it back into the U.S. through gutted punching bags.

Gustavo A. Pareja, 25, of Colombia, is awaiting extradition to the United States to stand trial on charges related to the case, according to DoJ.