What we know about the retired Green Beret recently arrested over the Jan. 6 Capitol riot 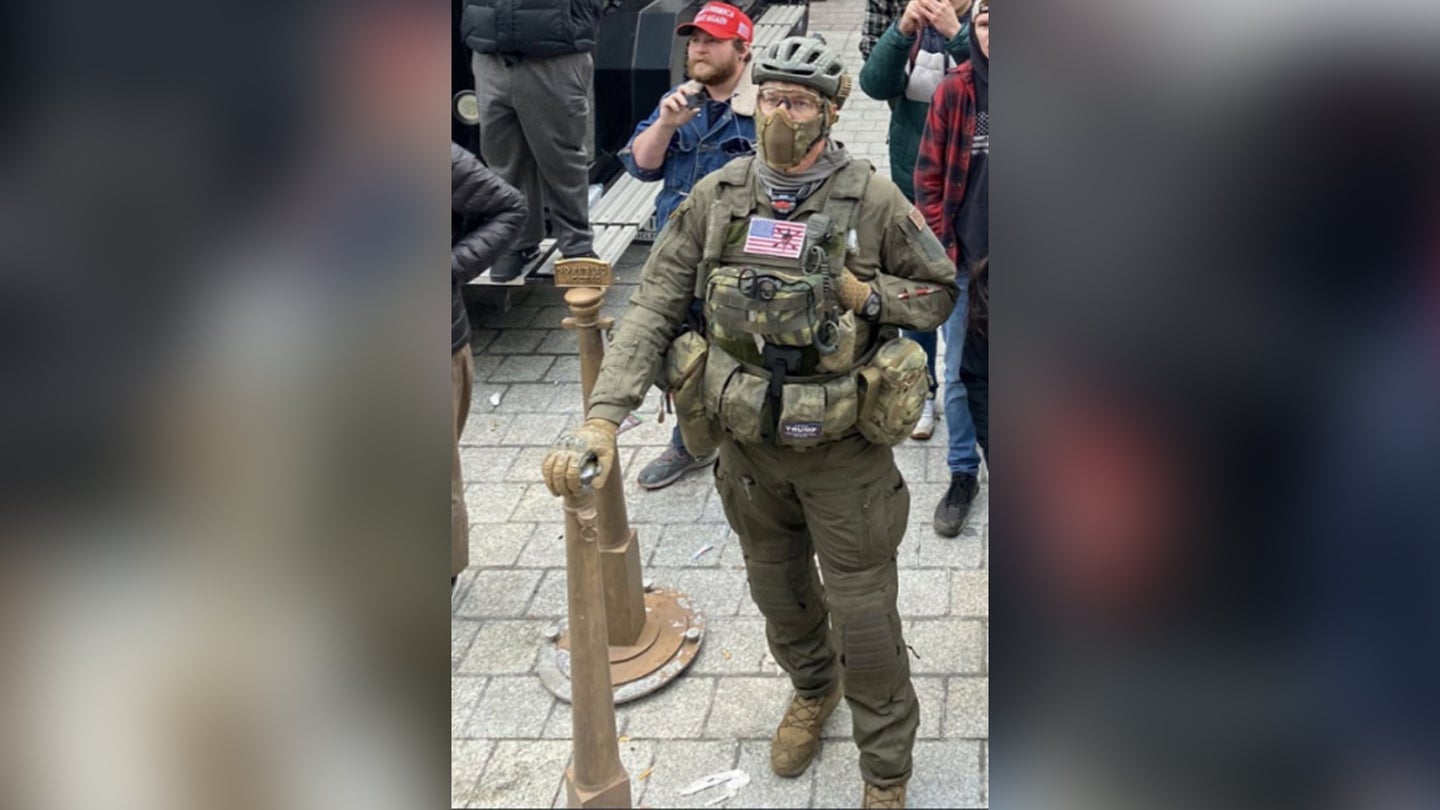 A retired Special Forces soldier named Jeremy Brown was arrested last week for his alleged involvement in the Jan. 6 riot at the U.S. Capitol building that resulted in the injury of hundreds of police officers.

On Wednesday, Brown was charged with knowingly entering a restricted building or grounds without lawful authority and knowingly disrupting the orderly conduct of government business or official functions, according to the Justice Department. Court records say that he organized a trip to Washington, D.C., days before supporters of President Donald Trump stormed the Capitol building.

Brown is one of more than two dozen current and former military service members to have been charged over their alleged involvement in the Jan. 6 riots. While there are service members and veterans who were charged for taking part in the riot, others like Brian Sicknick, a veteran of the New Jersey Air National Guard, tried to prevent the situation from escalating further. Sicknick was serving as a Capitol Police officer and later died after sustaining injuries during the riot.

Brown joined the Army in October 1992, according to military service records, and retired as a master sergeant in October 2012. He served as an infantryman, a Special Forces communications sergeant, and a Special Forces senior sergeant during his career. Brown deployed to combat four times during his career, including stints in Iraq from October 2007 to May 2008 and from January to July 2009, and deployments to Afghanistan from January to March 2005 and May to August 2011.

Brown had also run as a Republican in a Florida district in 2020, but dropped out before the general election.

The FBI began investigating Brown after a witness who said they’d known him for “multiple years” made a complaint. The witness provided the FBI with publicly available photos of Brown wearing tactical gear on Jan. 5, but said they were unsure if Brown actually entered the Capitol on Jan. 6.

The FBI was able to match the photo provided of Brown to photos and videos taken on Jan. 6, eventually finding a photo which showed Brown “standing just before the steps of the East side steps of the Capitol” during the riots, according to prosecutors.

“Brown wore full military gear,” say court records, which include photos of Brown wearing tactical gear outside the Capitol with other protesters. “Including a helmet, radio, a tactical vest, and prominently displayed large surgical trauma shears tucking into a pack sitting on the vest.”

Another person who was charged with involvement in the Capitol riots told authorities that they came to Washington, D.C., with Brown, who “coordinated travel plans and rendezvous points,” according to court records. In a message on Signal, an encrypted messaging app, Brown allegedly told others in the chat that they could come to his home any time on Saturday, Jan. 2, before they left early on Sunday morning.

He referred to his RV as “GROUND FORCE ONE” in the chat, offering to pick people up as there were “[p]lenty of Gun Ports left to fill.”

Brown said he wanted to be in D.C. by Jan. 4th in order to take that day and the next to “set up, conduct route recons, CTR (Close Target Reconnaissance) and any link ups needed with DC elements,” according to a copy of the message in court records.

“I am willing to make adjustments all the way up until we pass your ass headed north,” Brown said. “But it is now time to shit or get on someone else’s pot. READY? GO!!!”

By looking at body camera footage on Jan. 6, authorities found that Brown was allegedly well inside the barriers law enforcement had created to protect the building. Court records say that as authorities worked to push people back and secure the building that afternoon, Brown “only retreated when pushed with police baton sticks.”

A photo included in the court records, from a police officer’s body camera, appears to show Brown being pushed back by the officer.

Court records say law enforcement agents called Brown on Jan. 6 to ask about his whereabouts, but “could not hear him well due to apparent crowd noise.” The next day, Brown told agents he was in D.C. and was providing security for “VIPs at the ‘Stop the Steal’ rally,” court records say.

After the riots, Brown allegedly messaged on Signal: “Everything you are watching on the Media and House of Congress is a LIE! I was shot in the neck with pepper balls and beating [sic] in the forearm with a night stick trying to shield unprotected civilians from being hit in the head,” Brown said, according to court records. “This was an exercise in the unrestrained addiction to power.”

Brown was arrested in Tampa, Florida, on Sept. 30.

The retired master sergeant is not the first Special Forces veteran arrested for their role in the Jan. 6 riots. Jeffrey McKellop, also a former Special Forces communications sergeant, was charged with a series of crimes after allegedly throwing a flagpole at a police officer during the riot, the Washington Post reported in March.

McKellop served for 22 years and did two tours in Iraq and Afghanistan, according to the Post.

In all, roughly 20% of people charged in connection with the Jan. 6 riots served in the military, according to NPR. Defense Secretary Lloyd Austin told CBS News’ “60 Minutes” he was “very disappointed” in how many veterans were involved.

“This is an issue that I think can erode the great respect that our American citizens have for our military,” he said.