'It would be like moving money from checking, to savings, to your 401K, to your credit card, and then back.' 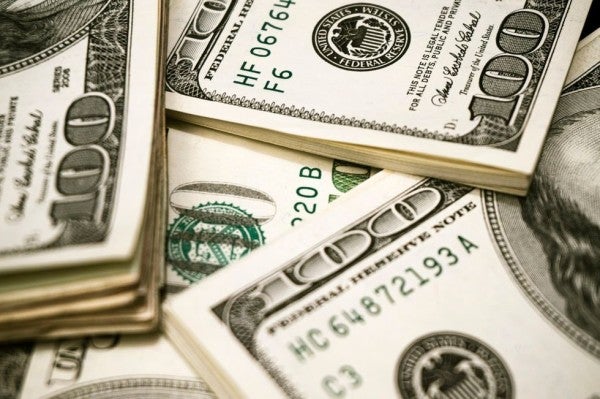 “It means money that DoD moved from one part of the budget to another,” Clark explained to Task & Purpose. “So, like in your household budget: It would be like moving money from checking, to savings, to your 401K, to your credit card, and then back.”

However, $35 trillion is close to 50-times the size of the Pentagon's 2019 budget, so that means every dollar the Defense Department received from Congress was moved up to 50 times before it was actually spent, Clark said.

While it's not illegal for the Pentagon to move money so often among different budget accounts, it does show that defense leaders are doing a poor job planning how they will spend their funds for the year, he said.

“And it means that you're probably spending a lot of time moving money around instead of actually getting the work done,” Clark said.

Another issue is whether the Defense Department is spending its money the way Congress envisioned it would, he said. Each budget category is so broadly defined that the Pentagon could use money slated for research and development to fund manpower costs if it wanted to.

“If DoD is moving money around to this degree, that means it's unlikely that Congress' intention is being followed to the letter,” Clark said. “It means there's a lot of money moving between accounts that may not be exactly where Congress wanted to put the money in the first place.”

It also means that the Defense Department really sucks at accounting, according to a recent Government Accountability Office report.

The Pentagon's accounting systems are so old and out of date that defense officials don't even put up a fight when the Treasury Department says they've made errors, explained Kristen Kociolek, who led the GAO's review of the issue.

Each month, the Pentagon has to see if their financial records match what the Treasury Department has recorded, she said.

“What we were finding is the Department of Defense has such lack of confidence or unreliability in their own records that they on a routine basis …. pretty much delete everything that had been recorded on their side and just re-record all the balances that Treasury has,” Kociolek said. “That's creating a lot of volume of accounting adjustments.”

“It would be like if you thought you had $500 but you got your bank statement and it said you had $400, you'd go with the $400 without investigating it,” she continued. “Nobody does that.”

Defense Department spokesman Christopher Sherwood referred questions about the Pentagon's accounting system to the GAO report, in which the Pentagon's deputy chief financial officer vowed to fix the issues raised.

“The Department is actively developing strategies to reduce accounting adjustments,” Mark Easton wrote in a Dec. 5 response to the GAO. “Subsequently, the Department will update the Department of Defense Financial Management Regulation and document strategies with specific outcomes and detailed procedures for achieving stated goals in the strategies.”