More than 20 years after the federal government issued guidance on how race and ethnicity should be documented on government forms, the military still hasn't gotten the memo. 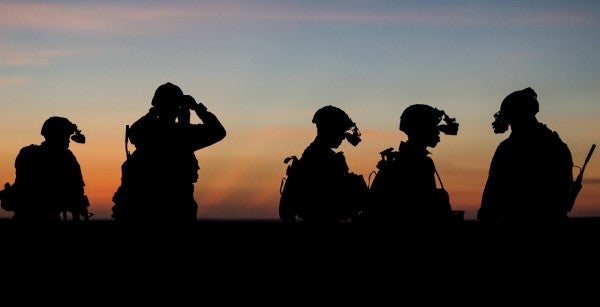 A new report from Roll Call found that the Department of Defense continued to use offensive and racist terms on official government forms, including on death certificates for troops killed while serving their country, more than 20 years after the federal government issued a directive ordering agencies to stop.

After Marine Capt. Jahmar Resilard was killed on Dec. 6, 2018 during a mid-air collision that claimed the lives of six other military personnel, his mother Joni Resilard received his death certificate at her home in St. Augustine, Florida this year.

The certificate listed her son's race as “negroid” — which, as Roll Call's John M. Donnelly points out, is “an outmoded word for classifying black people that, to the modern ear, carries racist connotations.”

In addition to being offensive, it's also against federal regulations, and has been for the last two decades. In 1997 the Office of Management and Budget issued government-wide standards for federal data on race and ethnicity, which effectively banned language like that used in Resilard's death certificate.

An example of a death certificate with racist language.

“No parent wants to look at a death certificate of their child,” Joni told Roll Call. “But then to see how they were still using a term of race classification dating back to the 1920s — that was a slap in the face, considering what he had done for his country. I was so offended by it, I actually cried again, in addition to learning of my son's tragic death.”

After Joni saw how her son's race was classified on his death certificate, she sought Congressional support, and Rep. Alcee L. Hastings (D-Fla.) contacted the Pentagon, according to Roll Call.

On April 1, 2019, the Department of Defense removed the term “negroid” from the military death certificate forms (DD Form 2064), Elissa Smith, a spokeswoman for the Pentagon confirmed to Task & Purpose.

“Upon discovery of the offensive term in DD Form 2064, the department initiated a review of all 1,314 Department of Defense (DD) and Secretary of Defense (SD) forms to ensure they comply with the Office of Management and Budget Directive 15 on how to collect race and ethnicity information,” Smith told Task & Purpose. “To date, 1,237 forms (94%) were reviewed and no racially offensive terms were found in DD or SD forms. An Army form was discovered by chance to contain an issue relating to ethnicity and the Military Department Forms Managers were advised to conduct a review of their forms as well.”

The Roll Call article goes on to note that the language used to describe African American service members wasn't a one-off, nor was it limited to the Pentagon, but extended to individual services.

According to Roll Call:

On June 11, Hastings, along with Sen. Tammy Duckworth (D-Ill.), a combat wounded Army veteran, introduced identical bills in the House and Senate that would require the Pentagon to modernize forms that contain racially insensitive language. In July, the House passed its version of the 2020 National Defense Authorization Act, which included Hasting's amendment.

“It was recently brought to my attention that the Department's DD-2064 Form, which is issued when a service member loses his or her life while deployed overseas, utilized the term 'Negroid' as one of the classifications of race,” Hastings said in a joint statement with Duckworth on June 11. “Quite frankly, I was shocked to see this term listed on documentation sent to the family of one of my constituents who lost his life in service to our country. […] The fact that this document retained such offensive language for so long calls into question the status of thousands of other forms currently in use.”

This is why @RepHastingsFL and I introduced legislation to require DoD to update its forms. Offensive terms like this should never have been on the forms to begin with, but it's outrageous they're still using them *in 2019* https://t.co/dUdlNLYLl7

“It is inexcusable that the Department of Defense has been mailing families of service members killed while deployed overseas an antiquated form that includes the term 'Negroid' as a classification of race,” Duckworth said in the statement. “DoD was directed to remove this term more than 20 years ago, and the fact that it was only done very recently demonstrates why this legislation requiring the Department to conduct a comprehensive review to make sure its thousands of other forms are accurate, up-to-date and free of offensive terminology is necessary.”