Afghan security forces and civilians suffer their deadliest week of 2019

Information regarding the state of Afghan security forces has been mostly restricted. 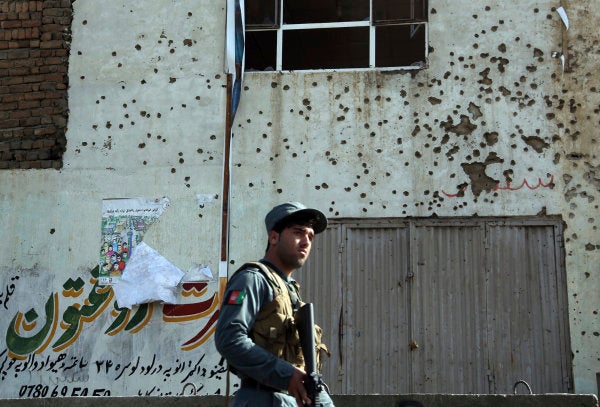 In the last few days of June and beginning of July, at least 246 pro-government forces and 58 civilians were killed in Afghanistan — the highest death toll so far of 2019, according to the New York Times.

The deadliest day of the the week was June 30 in Kandahar Province where 45 police officers and eight civilians were killed in a Taliban attack on a military base, the New York Times reported on Thursday. In the last report, looking at June 21-27, there were 67 pro-government and 12 civilian deaths.

Information regarding the Afghan security forces has been restricted for the past couple of years, including casualties, capability assessments, and more. And earlier this year, the Special Inspector General for Afghanistan Reconstruction (SIGAR), John Sopko, said that almost every “metric for success or failure” in Afghanistan is “now classified or nonexistent.”

President Donald Trump said in a Fox News interview on Monday that Afghanistan is “the Harvard of terrorists,” and that while he wants to pull U.S. forces from the country, military officials have warned him against it. Also on Monday, a car bomb killed at least 40 people and wounded 116 — around 50 of them children — in Kabul.

The U.S. special envoy for peace in Afghanistan is reportedly negotiating a peace deal with the Taliban that would involve the withdrawal of U.S. and partner nation troops from the country.

During his visit to Kabul last month, Secretary of State Mike Pompeo said he hopes such a peace deal can be reached by Sept. 1.

SEE ALSO: Almost every US metric for the war in Afghanistan 'is now classified or nonexistent,' so obviously things are going swimmingly