As Sen. Elizabeth Warren (D-Mass.) pointed out during the June 2018 confirmation hearing for the current U.S. and NATO commander in Afghanistan, "We've supposedly turned the corner so many times that it seems now we're going in circles." 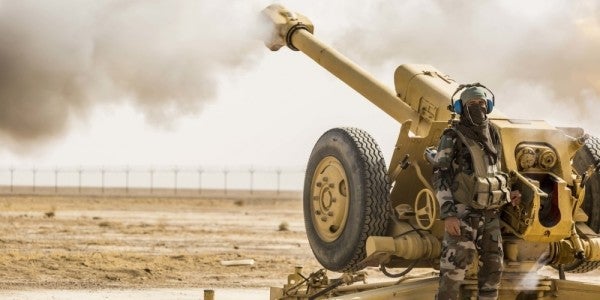 Since the Washington Post first published the “Afghanistan papers,” I have been reminded of a scene from “Apocalypse Now Redux” in which Army Col. Walter Kurtz reads to the soldier assigned to kill him two Time magazine articles showing how the American people had been lied to about Vietnam by both the Lyndon Johnson and Richard Nixon administrations.

In one of the articles, a British counterinsurgency expert tells Nixon that “things felt much better and smelled much better” during his visit to Vietnam.

“How do they smell to you, soldier?” Kurtz asks.

The Washington Post's reporting reveals that top government officials have known for years that the Afghanistan war has been unwinnable, yet they have continued to support it in public, going so far as to twist statistics to make things appear to be better than they really were.

The stories confirm that the U.S. military's strategy has been to “muddle along” and continue to send troops to fight a conflict that cannot be won on the battlefield.

Yet rather than owning up to the truth, several prominent supporters of the Afghan war, who have invested their reputations in its outcome, have instead attacked the Washington Post.

Michael E. O'Hanlon, of the left-leaning Brookings Institution think tank in Washington, accused the Post of doing a “disservice” by reporting that U.S. officials have been less than forthright about the prospects of success in Afghanistan.

“It is wrong — badly wrong — to claim to have proven that the Bush, Obama, and/or Trump administrations, as well as top military and diplomatic leaders charged with the Afghanistan mission, systematically and intentionally misled the country about what was going on,” O'Hanlon wrote in a Dec. 10 post for the Brookings Institution's blog.

Oh really? Let's play a fun game and count the number of times defense officials have claimed that Afghanistan has turned the corner.

This is what then-Defense Secretary Leon Panetta said during his December 2011 visit to Afghanistan: “I think 2011 will go down as a turning point here in Afghanistan. We've weakened the Taliban. We've been able to secure more areas here in Afghanistan. The Afghan army is asserting itself, becoming more operational. We're transitioning areas. Over 50 percent of the population has now been transitioned to areas of Afghan governance and security.”

In May 2014, Army Gen. Martin Dempsey, then chairman of the Joint Chiefs of Staff, called Afghanistan's elections a “turning point in the confidence” of Afghan security forces.

And Army Gen. John Nicholson, who led all U.S. and NATO troops in Afghanistan, said this during a November 2017 Pentagon news briefing: “Now, looking ahead to 2018, as President Ghani said, he believes we have turned the corner and I agree. The momentum is now with the Afghan Security Forces and the Taliban cannot win in the face of the pressures that I outlined. Again, their choices are to reconcile, live in irrelevance, or die.”

As Sen. Elizabeth Warren (D-Mass.) pointed out during the June 2018 confirmation hearing for the current U.S. and NATO commander in Afghanistan, “We've supposedly turned the corner so many times that it seems now we're going in circles.”

But others insist that the Afghanistan war is still worth fighting, citing the good the United States has accomplished there, such as advances in education.

Ryan Crocker, who served as chargé d'affaires to Afghanistan in 2002 and later as the U.S. ambassador from 2011 to 2012, wrote in the Washington Post that only 900,000 children were in school – all of whom were boys –when the U.S. military initially toppled the Taliban government.

“When I left Afghanistan as ambassador in 2012, 8 million Afghan kids were in school, a third of them girls,” Crocker wrote. “Does that sound like a disaster?”

However, it is still extremely difficult to be a woman in Afghanistan, especially outside of Kabul and Jalalabad, said John F. Sopko, the Special Inspector General for Afghanistan Reconstruction.

“Go out into the hinterlands,” Sopko told reporters in April. “Women are still treated very poorly, and we have to remember that.”

Still, it is impossible to argue that life would improve for Afghans if the United States withdrew all of its troops from the country.

Former Defense Secretary James Mattis, who also led troops in Afghanistan, noted that Afghan security forces continue to fight the Taliban even though more than 28,500 of their troops and police have been killed since 2015.

“Why is that army still fighting having suffered that many casualties if the whole thing is just a waste and it can't be successful?” Mattis told David Ignatius of the Washington Post. “You couldn't fight many armies that could take those casualties and stay in the brawl.”

Mattis also said he was perplexed at the notion that the U.S. government tried to hide how bad the situation in Afghanistan really was.

“I have walked the ground with your reporters beside me, who were embedded in the units, who were watching this close up,” Mattis said. “The reporting, I thought, was pretty accurate.”

True, but those embeds ended several years ago and Army Gen. Austin Miller, who has led all U.S. troops in Afghanistan for more than a year, has not held a single Pentagon press briefing.

The U.S. military has also stopped making public how much territory the Afghan government actually controls and other metrics for success have become classified, Sopko said in April.

“Embarrassing things tend to get classified in this town,” Sopko said at a Defense Writers Group breakfast. “Governments don't usually classify good news. If they do by mistake, it's leaked.”

All of this is a long way of answering the question posed by Col. Kurtz. How does the party line about Afghanistan smell? Like bullshit.