"Those statements appear for the most part to be people looking back retrospectively on things that they had seen previously and using hindsight to speak to comments they made." 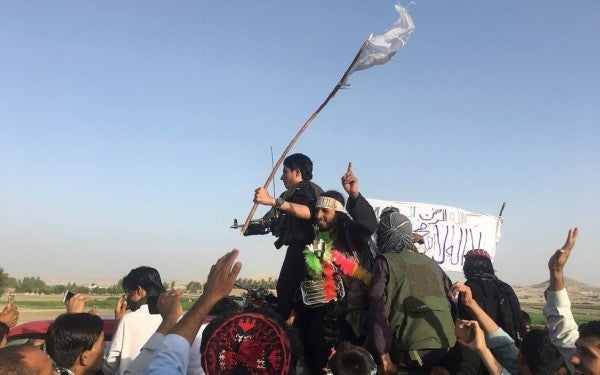 The Pentagon's top spokesman tried to downplay recent revelations by the Washington Post that U.S. government officials have consistently misled the American public about the war in Afghanistan for nearly two decades.

Washington Post reporter Craig Whitlock first brought to light that several top officials acknowledged to the Office of the Special Inspector General for Afghanistan Reconstruction that the war was going badly despite their optimistic public statements. The report, based on extensive interviews and internal government data, also found that U.S. officials manipulated statistics to create the public perception that the U.S. military was making progress in Afghanistan.

But on Thursday, Chief Pentagon Spokesman Jonathan Hoffman said he “would quibble with the idea” that the U.S. military had provided inaccurate information about Afghanistan in the past.

“I think what you see in the report from the Washington Post is looking at individuals giving retrospectives years later upon what they may have believed at the time,” Hoffman said at a Pentagon news briefing. “This department has attempted to be honest, open, and transparent in all of its actions with the American people.”

Despite Hoffman's claim, these interviews were never intended to be made public.

The Post obtained the interviews conducted for SIGAR's “Lessons Learned” review after a three year legal battle, during which SIGAR claimed the public did not have any right to see the documents. Moreover, SIGAR granted anonymity to most of the hundreds of U.S. government officials who were interviewed. The Post was able to independently verify more than 30 of the interviewee's identities.

One of the participants was then-Army Col. Bob Crowley, who served as a senior counterinsurgency adviser to U.S. military commanders in 2013 and 2014, according to the Post. Crowley reportedly acknowledged to SIGAR that the U.S. government was intentionally skewing metrics about progress in Afghanistan.

“Every data point was altered to present the best picture possible,” Crowley told SIGAR. “Surveys, for instance, were totally unreliable but reinforced that everything we were doing was right and we became a self-licking ice cream cone.”

When asked why the American public should trust anything the U.S. military says about Afghanistan, Hoffman claimed that the Defense Department will “continue to be open, transparent, and honest with the American people.”

Hoffman was unaware that Army Gen. Austin Miller, who testified at a closed Senate hearing on Wednesday, has not responded to media requests for a Pentagon news briefing since taking command more than a year ago.

Even though Miller appeared behind closed doors on Wednesday, “He was briefing the American people's representatives on what is going in Afghanistan,” Hoffman said.