“I know there’s the base agreement and some annexes," said Defense Secretary Mark Esper. "I don’t know if those have been agreed upon as secret or something." 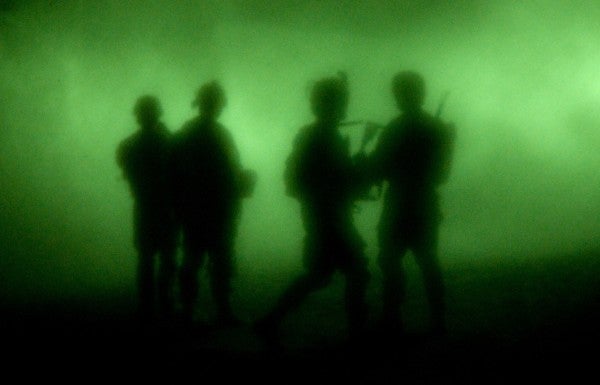 The U.S. military’s top leaders professed ignorance on Wednesday when asked whether the proposed peace agreement with the Taliban includes secret provisions and an understanding that both sides would share information on how to fight terrorist groups.

Time magazine’s Kim Dozier was first to reveal that the peace agreement, which is expected to be signed on Saturday, includes a secret provision that would allow the U.S. military to keep a counter-terrorism force in Afghanistan.

Another provision calls on the U.S. military and Taliban to create a counterterrorism center where they would share counterterrorism information, Barnett R. Rubin, of the Center on International Cooperation of New York University and the Quincy Institute in Washington, D.C., wrote for the Washington Post.

All of this was news to both Defense Secretary Mark Esper and Army Gen. Mark Milley, chairman of the Joint Chiefs of Staff, when they were asked about the reported secret annexes during Wednesday’s House Armed Services Committee hearing.

Esper told Rep. Liz Cheney (R-Wyo.) that he was not aware of any secret provisions that would be part of the peace deal, but he deferred to the State Department.

Cheney pressed Esper on whether he was aware of U.S. negotiators might include “secret side deals” in the peace agreement.

“Nothing comes to mind right now, that you’re mentioning,” Esper replied. “I know there’s the base agreement and some annexes. I don’t know if those have been agreed upon as secret or something but I will certainly raise that with the secretary of state.”

Cheney, daughter of former Vice President Dick Cheney, argued that any peace agreement reached with the Taliban should be made public in its entirety.

“I’ll be candid: You’re quoting things that I haven’t seen,” Milley replied, adding that he would review whatever provisions are part of the pending peace deal.

Milley reiterated that he supports the temporary truce and signing a peace agreement with the Taliban; however, he said he fully recognizes what the Taliban stand for.

“I would not support sharing intelligence with that organization,” Milley said.

Cheney was one of only two lawmakers who asked about the pending Taliban peace deal during Wednesday’s three-and-a-half hour hearing.

Rep. Michael Waltz (R-Fla.) asked Milley if the Taliban is capable of military defeating Al Qaeda and ISIS if the U.S. military withdrew from Afghanistan, but he did not leave any time for Milley to respond.