Always look on the bright side of life. 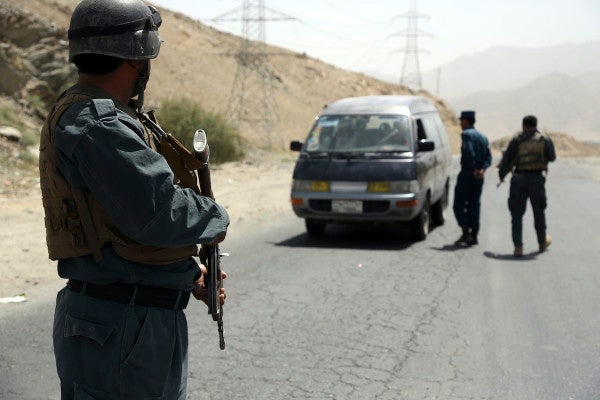 The Taliban have attacked several Afghan security forces checkpoints recently, but they have not launched any large-scale assaults, nor have they attacked U.S. and coalition troops, Army Gen. Mark Milley, chairman of the Joint Chiefs of Staff, said on Wednesday.

Earlier on Wednesday, the U.S. military launched its first airstrike on the Taliban since both sides reached an agreement on Feb. 29 that calls on all U.S. troops to leave the country over the next 14 months under certain conditions.

The airstrike was in support of Afghan security forces.

“Bottom line is there were a variety of attacks over the last 24 to 48 hours,” Milley told the Senate Armed Services Committee on Wednesday. “They were all beaten back. They were at small, little outposts. We did use U.S. air in support for our allies.”

The Taliban has the ability to order its fighters to not launch any attacks, Milley said.

During the seven-day reduction in violence that preceded the withdrawal agreement, Taliban attacks dropped from a high of 125 per day to about 15 per day.

However, the Taliban is a mix of “hardliners and soft-liners,” and keeping them all on board with the withdrawal agreement is challenging, Defense Secretary Mark Esper said at Wednesday’s hearing.

On Monday, a Taliban spokesman announced that militants would attack Afghan security forces again now that the reduction in violence had expired.

The United States’ Feb. 29 agreement with the Taliban allows the U.S. military to continue to support Afghan troops and police, Esper said.

“It’s the commitment that I made to the Afghans when I was there on Saturday,” he said. “We will continue to defend the Afghans, to support them.”