The US and Taliban are considering a 7-day ‘reduction in violence,’ SecDef Esper says

'I think peace deserves a chance -- but it will demand that all parties comply with their obligations if we move forward.' 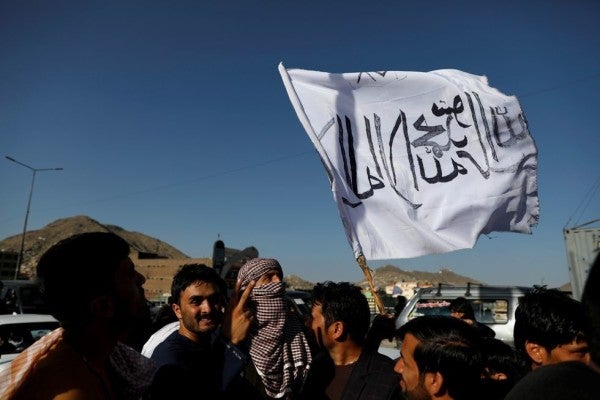 The U.S. government and the Taliban have “negotiated a proposal for a 7-day reduction in violence,” Defense Secretary Mark Esper announced on Thursday.

“I'm here today consulting with allies about this proposal and we've had a series of productive bilateral and collective meetings about the path forward,” Esper said during a NATO meeting in Belgium. “Our approach is this: The best — if not only solution — forward is a political agreement. We have the basis for one on the table and we are taking a hard look at it.”

Esper declined to provide specific information about the proposal, including whether U.S. forces would continue to conduct counterterrorism missions during ISIS, Al Qaeda, and other terrorist groups during the 7-day period.

When asked if seven days was enough time for the Taliban to show that it is serious about reaching a peace agreement, Esper replied: “It is our view that seven days, for now, is sufficient, but in all things our approach to this process will be conditions-based. Let me say it again: conditions-based. So it will be a continual evaluative process as we go forward – if we go forward.”

This is a breaking news story. More information will be added as it becomes available.