'Maintaining the hard-earned trust and confidence of the American people requires us to avoid any action that could imply endorsement of a political party, political candidate or campaign by any element of the Department.' 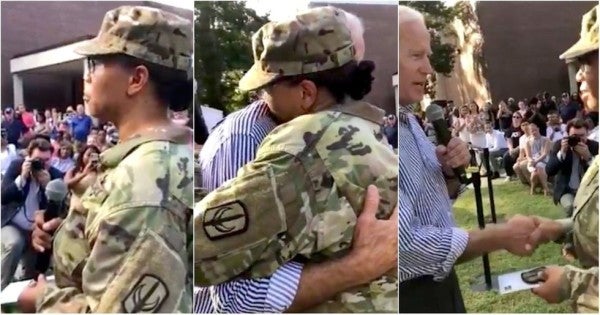 We may live in an age when partisan politics have crawled into every nook and cranny of society, but Defense Secretary Mark Esper is reminding troops that they are not allowed to make political statements or gestures that could be interpreted as official endorsements from the Pentagon.

While U.S. troops and other Defense Department personnel are allowed to vote, they also have an obligation to abide by the U.S. military's apolitical tradition, Esper wrote in a Feb. 5 memo to all service members and department employees.

“Maintaining the hard-earned trust and confidence of the American people requires us to avoid any action that could imply endorsement of a political party, political candidate or campaign by any element of the Department,” Esper wrote.

“Leaders will review the rules governing participation by DoD personnel in political activities and direct widest dissemination of the guidance in this memorandum to their teams.”

But the Pentagon is up against a hyper-partisan environment driven by a 24/7 news cycle and the raw sewage of social media, all of which has dissolved traditional limits on what service members can say and do.

In August, Maj. Ginger Tate with the South Carolina Army National Guard attended a political rally for former Vice President Joe Biden while in uniform. A CBS reporter tweeted video of Tate telling Biden that she was praying he would be elected president, prompting her command to look into the incident.

“Lead by your example,” Esper added. “I am proud to serve with each of you who uphold the values and high standards of our nation and the Department of Defense. Together, we will remain the most ready and capable military force that our nation expects and deserves.